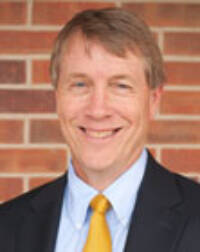 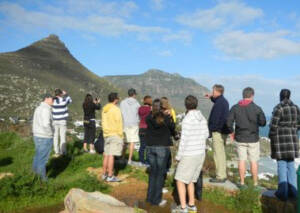 Prior to joining the Missouri faculty in 2001, Uphoff taught at the University of Oklahoma College of Law, where he served as a professor and director of Clinical Legal Education. At Oklahoma, Professor Uphoff ran a criminal defense clinic for 10 years. From 1984-1988 he directed a criminal clinic at the University of Wisconsin Law School. Before he began teaching law, Professor Uphoff was a public defender including serving as the chief staff attorney of the Milwaukee Office of the Wisconsin State Public Defender. He also worked for Gimbel, Reilly, Guerin & Brown in Milwaukee, concentrating in personal injury and products liability litigation. He graduated from the University of Wisconsin School of Law with honors in 1976 and has a master’s degree from the London School of Economics.

Professor Uphoff has written numerous articles on criminal defense practice, the delivery of indigent defense services, and ethical issues facing those involved in the criminal justice system. In 1995, he edited a book for the ABA entitled Ethical Problems Facing the Criminal Defense Lawyer. He was appointed by Governor Frank Keating in 1995 to the Oklahoma Indigent System Board which oversees the operation of Oklahoma’s public defender program in all counties except for Tulsa and Oklahoma County. He frequently speaks at conferences across the country on criminal defense ethics and trial advocacy and has participated many times as a faculty member at Harvard University’s Trial Advocacy Workshop.

Professor Uphoff was one of the attorneys appointed to represent Terry Nichols in Oklahoma state court. Nichols was convicted of 160 murders based on his involvement in the bombing of the federal building in Oklahoma City in April 1995, but did not receive the death penalty.

Since 2004, Professor Uphoff has served as the on-site director of the South Africa Study Abroad Program. He has traveled often to Cape Town and other parts of South Africa since 2002. 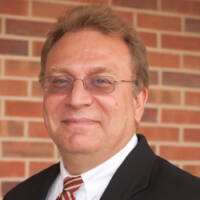 Paul Ladehoff is the director of the LLM Programs at the University of Missouri School of Law and director of MU’s Campus Mediation Service.  He designs and facilitates deliberative processes to help people make decisions.

His role is to help people to organize and structure their problem-solving process.  He assists all participants to communicate clearly, to clarify issues, to explore options, and to reach agreement, whenever possible.  His job is to manage the deliberative process, not control the content.  He does not render a judgment or influence substantive decisions, but rather helps participants come to their own interest-based decisions.

Professor Ladehoff is a 1994 graduate of the University of Nebraska College of Law and litigated environmental cases for the U.S. Department of Justice for several years.  He teaches negotiation, mediation, and client counseling at the Mizzou Law.  He provides basic civil mediation training through the Center for the Study of Dispute Resolution and teaches Group Dynamics and Conflict Resolution for the MU Truman School of Public Affairs.  Formerly, Professor Ladehoff was executive director of the Central Mediation Center in Kearney, Neb., and taught mediation as adjunct faculty at the UNL College of Law.  He has had over 220 hours of mediation training in a variety of topics, including cross-cultural issues.  In addition to many successful private mediations and group facilitations, he has assisted with strategic planning, policy dialogue and decision-making with numerous public groups.

He is licensed to practice in Missouri and Nebraska and an active member of the Missouri Bar Association, including currently serving as vice chair of the MoBar ADR Committee. 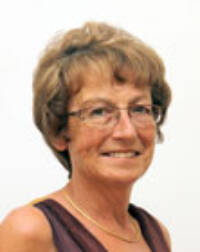 Professor Julia Sloth-Nielsen is the former dean of the Faculty of Law at the University of the Western Cape. She is one of Africa’s leading experts on children’s rights, and has published widely. She teaches children’s rights, international family law and child justice. She also is a former prosecutor and has worked on prison reform issues.

She was a member of the project committee of the South African Law Commission which drafted the Child Justice Act 75 of 2008 and the Children’s Act 38 of 2005. She also has expertise in criminal justice and prisons. She was elected to the African Committee of Experts on the Rights and Welfare of the child in January 2011, and in November 2012 was elected second vice chair. She has published Children’s Rights in Africa: A Legal Perspective (Ashgate 2008), and consulted widely to governments in eastern and southern Africa undertaking law reform with respect to children’s rights. She boasts more than 100 accredited articles and book chapters. She enjoys a B2 rating from the National Research Foundation of South Africa. 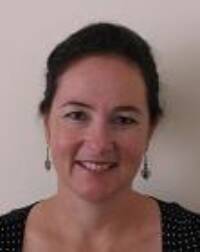 Patricia Michelle Lenaghan is an associate professor in the Department of Mercantile and Labour Law where she specializes in international trade law, regional integration and development, as well as European Union law.

In her teaching on European Union law she has focused on the external relations of the EU especially with due regard to the EU/ACP relationship and the EU/SA relationship. She has a BLC LLB from the University of Pretoria and a LLM (cum laude) from the University of the Western Cape. The focus of her master’s thesis is the role of Geographic Indicators as Brand Names with specific reference to the relationship between the European Union and South Africa. She is currently registered for her Doctor Legum at the University of the Western Cape focusing on the right to freedom of religion and the limitation thereof in a diverse society.

She has written on the field of European Community Law, the Trade and Development Cooperation Agreement entered into between the European Union and South Africa as well as the impact of trade and globalization on the developing world. She has published in local and international journals. Significant conference outputs include the Commonwealth Legal Education Association (Naroibi 2007), the Tenth Annual LatCrit Conference LAT CRIT (Bogotâ, Colombia, 2006) and the LatCrit X Critical Approaches to Economic In/Justice? (San Juan, Puerto Rico, 2005)

In addition to her academic interests, she is a non-practicing attorney, notary and conveyancer of the High Court of South Africa and practiced as such for sometime in Gauteng. 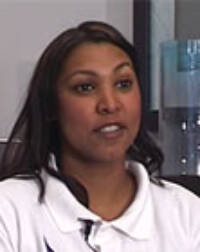 Monique Prinsloo is an associate lecturer in the Department of Mercantile and Labour Law at the University of the Western Cape (UWC), Faculty of Law. She teaches various subjects to third year and final year law students. She has taught the following subjects: Law of Things, Law of Contract and Law of Insolvency. She has also been involved with the Study Abroad Program since 2014, where she co-teaches Comparative Dispute Resolution.

She obtained her LLB in 2013 from UWC, her first LLM (Dispute Resolution) in 2014 from the University of Missouri, and her second LLM (Labour Law) in 2015 from UWC.

She is currently drafting a research proposal towards the completion of a LLD while teaching within the Faculty of Law at UWC.