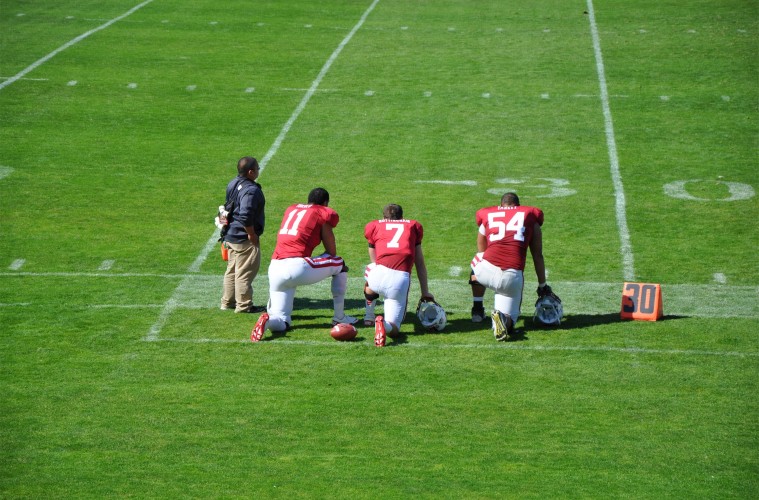 Professor Martin H. Malin comments on the recent decision by the US Court of Appeals for the Second Circuit in NFL v. Brady.  Professor Malin is a Professor at IIT Chicago-Kent College of Law; Director of the Institute for Law and the Workplace; an arbitrator; and member of the NAA.

During the AFC championship game on January 18, 2015, it was discovered that the New England Patriots’ footballs were inflated below the minimum pressure required by the NFL.  Following an investigation, NFL Commissioner Roger Goodell determined that Patriots’ quarterback Tom Brady was involved and imposed a four-game suspension for engaging in “conduct detrimental to the integrity and public confidence in the game of professional football.”

Pursuant to Article 46, Section 1(a) of the NFL-NFLPA collective bargaining agreement, Brady and the NFLPA appealed the decision to the Commissioner.  The NFL-NFLPA contract expressly provides for such appeals and for the Commissioner to name a hearing officer to hear the appeal.  Commissioner Goodell appointed himself to hear the appeal, a move expressly authorized in Article 46.  Following a hearing, Goodell affirmed the suspension.

Brady and the NFLPA sued to vacate Goodell’s decision.  The U.S. District Court for the Southern District of New York agreed with them and vacated the decision.  U.S. District Judge Richard Berman ruled that under the common law as it developed under the NFL-NFLPA agreement, a player’s failure to cooperate in an investigation was not grounds for a suspension.  Judge Berman further ruled that Brady did not have sufficient notice that complicity in deflating footballs in a conference championship game could result in a suspension, rather than a fine.  He criticized Commissioner Goodell’s analogy of Brady’s conduct to a player’s use of prohibited steroids which also commanded a four game suspension for a first offense.  He faulted Goodell for not allowing Brady and the NFLPA to call NFL Executive Vice President and General Counsel Jeff Pash as a witness and for not affording Brady access to the NFL’s investigate notes of witness interviews.  He vacated the Goodell decision.

The NFL appealed and on April 25, 2016, the U.S. Court of Appeals for the Second Circuit, by 2 – 1 vote, reversed.  The appeals court majority viewed the matter as calling for a straightforward application of well established law governing judicial review of labor arbitration awards.  The court regarded its role as “simply ensur[ing] that the arbitrator [Goodell] was ‘even arguably construing or applying the contact and acting within the scope of his authority.’” The court observed that Goodell’s “authority was especially broad.  The Commissioner was authorized to impose discipline for, among other things, ‘conduct detrimental to the integrity of, or public confidence, in the game of professional football.’ In their collective bargaining agreement, the players and the League mutually decided many years ago that the Commissioner should investigate possible rules violations, should impose approrpiate sanctions, and may preside at arbitrations challenging his discipline.  Although this tripartite regime may appear somewhat unorthodox, it is the regime bargained for and agreed upon by the parties, which we can only presume they determined was mutually satisfactory.”

Viewed in this light, the decision was an easy one.  District Judge Berman clearly overstepped his role.  He determined that Brady should have been allowed to call a witness and should have been given access to certain files but such procedural determinations are for the arbitrator to make and not the court.  Judge Berman also determined that the NFL-NFLPA agreement, as interpreted in prior discipline cases, did not support the four-day suspension but here too, he intruded on the authority of the arbitrator.

What is controversial about the Brady case is that the arbitrator (or “hearing officer” in the language of the NFL-NFLPA agreement) was Commissioner Goodell, the same person who imposed the discipline that was the subject of the arbitration appeal.  We usually expect an arbitrator to be a neutral who had nothing to do with the decision under review.  The Code of Professional Responsibility for Arbitrators of Labor-Management Disputes expressly provides, “If the arbitrator believes or perceives that there is a clear conflict of interest, the arbitrator should withdraw, irrespective of the expressed desires of the parties.”

The Second Circuit’s decision respects the autonomy of two very affluent and very sophisticated parties – the National Football League and the National Football League Players Association.  Their collective bargaining agreement was the product of arms length negotiations between parties of equal bargaining power.  Presumably, the NFLPA agreed to this out-of-the ordinary approach to reviews of Commissioner-imposed discipline in the context of the entire contract, including many provisions that were favorable to the players.  Not giving effect to the express provisions of Article 46 would disrupt the total bargain that the parties agreed to.

The Second Circuit’s decision, however, should not be expanded beyond the relatively extraordinary circumstances of this case.  Most importantly, it should not be expanded to cases involving arbitration provisions inserted by a much stronger party in contracts of adhesion with a much weaker party, as is the case in the typical individual employment arbitration agreement.  In such cases, courts must still insist that the arbitrator be completely impartial, free from any conflicts of interest.