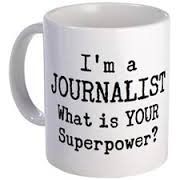 From the Observer-Reporter (Washington County, PA) – Natalie Reid Miller reports on an arbitrator’s decision involving a disciplinary action against a police detective.  The report provides helpful accounts of the arguments raised by both parties in the arbitration and also quotes from the arbitrator’s decision.  See Arbitrator: Firing of detective in Sulc case was just.