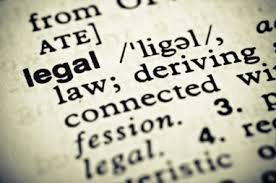 Arbitration Issues in the Stormy Daniels Suit Against President Trump

(Arbitrators and NAA members, Lise Gelernter and Barry Winograd, comment on some of the arbitration-related issues involving the dispute between President Donald Trump and Ms. Stephanie Clifford).

The temporary restraining order in the news that an arbitrator issued against Stephanie Clifford, the adult film actress whose stage name is Stormy Daniels, apparently arose from a settlement agreement dated October 28, 2016 (just 12 days before the 2016 election) between Stormy Daniels, Michael Cohen, President Trump’s attorney, and maybe President Trump.  The legal ramifications of Mr. Trump’s failure to sign the agreement is an issue in the complaint filed in California state court on behalf of Ms. Clifford on March 6.  For a copy of the arbitrator’s temporary restraining order see here, and for a copy of the complaint, which has the settlement agreement appended, see here.

The settlement agreement has an interesting dispute resolution provision on page 10. The agreement requires the parties to arbitrate “any and all claims or controversies” they may have instead of litigating in court. We wager that many arbitrators and judges would find the agreement unconscionable, given the scope of authority afforded to “David Dennison,” or “DD,” the name used in a side letter to reportedly identify Mr. Trump in the agreement.  Ms. Clifford is referred to as “Peggy Peterson,” and Mr. Cohen, the attorney for Mr. Trump, is referred to as the contact for “Essential Consultants, LLC,” listed as a party to the agreement.  For example, the arbitration provision in the agreement allows only DD to select the law that will be applicable to any dispute between the parties and the location of any arbitration proceeding. PP has no say on these issues. Further, the non-reciprocal liquidated damages provision of $1.0 million for each breach favoring DD only also raises unconscionability issues, not only for the lack of reciprocity, but as being so excessive as to constitute a type of impermissible penalty clause. However, the fact that Ms. Clifford was represented by counsel in negotiating the settlement may make an unconscionability argument more difficult.

The question of whether “DD” had to sign the settlement agreement to make it enforceable is intriguing.  A missing signature is not always a fatal defect in a settlement agreement if an agent has authority to act on behalf of a principal, and if the objecting party has received a benefit from the bargain. However, the missing signature in this agreement may be significant because it purports to resolve any claims DD and PP have against each other, and one reading of the arbitration provision is that only they can invoke it, not Essential Consultants, the party securing the restraining order.  The agreement also provides for personal representations and warranties by DD and PP to the other, includes individual releases by DD and PP as well as waivers of later discovered claims under California law (Civil Code Sec. 1524), and expressly requires signatures in a final passage above the signature lines for each party. Underscoring the signature issue, the side letter provides for signatures by DD and PP as their personal authorization for the accompanying settlement agreement and disclosure of their real identities. California law on the enforcement of settlement agreements by courts also favors the signatures of all parties to demonstrate that the agreement is authorized. (See Levy v. Superior Court, 10 Cal.4th 578 (1975).)

The temporary restraining order issued without notice to Ms. Clifford in an ex parte proceeding on February 27 forbids Ms. Clifford from releasing any confidential information covered by the settlement agreement.  The arbitrator who issued the order is a retired judge. She found that the settlement agreement permitted her to impose an ex parte restraining order, meaning notice to Ms. Clifford was not required, nor was her attendance required at the proceeding. Section 5.1.3 (p. 10) of the settlement agreement explicitly states that if PP breaches the agreement by threatening or actually disclosing confidential information, DD can seek an ex parte restraining order from an arbitrator or a judge.  PP, by the way, is not given this authority, one of the other non-reciprocal clauses in the agreement that contributes to the appearance of unconscionability.  We do not know, at least not yet, if any efforts were made to contact counsel for the respondent before the order was sought.  On the issue of an ex parte order, if the parties were in court, California’s Code of Civil Procedure would permit such an order only under limited circumstances, as follows:

(c) No temporary restraining order shall be granted without notice to the opposing party, unless both of the following requirements are satisfied:

(1) It appears from facts shown by affidavit or by the verified complaint that great or irreparable injury will result to the applicant before the matter can be heard on notice.

(2) The applicant or the applicant’s attorney certifies one of the following to the court under oath:

The restraining order also includes an express restraint on disclosure to the media or in court filings. At least since 1975, California law requires a good faith effort to contact an opposing party in such instances before securing the restraint that is sought. (See United Farm Workers v. Buak, 14 Cal.3d 902 (1975).) The decision in California involved labor union picketing. It followed closely a decision of the U.S. Supreme Court concerning a temporary restraining order against a political rally promoting racial supremacy.  (See Carroll v. Princess  Anne, 393 U.S. 175 (1968).)

It will be interesting to see what happens if Mr. Cohen seeks to enforce the settlement agreement or restraining order to enjoin or dismiss Ms. Clifford’s recently filed lawsuit and compel her to go to an arbitrator rather than a judge to get a ruling on her claims; in particular, her claim that a valid contract was never formed. It’s not clear whether the ex parte nature of the proceeding for the restraining order would foreclose its enforcement in court.  In addition, practitioners reviewing the settlement agreement also might wonder if the agreement at issue has been used in other instances involving Mr. Cohen or his client, and, if so, whether a successful challenge by Ms. Clifford, including an objection to the substantial liquidated damages provision of $1.0 million for each breach, will place those agreements at risk.

Ultimately, it is possible that Ms. Clifford will rely on one of the few grounds available to resist the terms of any arbitration decision arising from the settlement agreement. She could invoke the “public policy” exception prohibiting awards that run counter to statutory or constitutional law.  (See Eastern Associated Coal, 531 U.S. 57 (2000)). Here, at least two arguments might be available, aside from enforcement of a restraint on press rights or court filings.  One is that the award would be an illegal attempt to avoid federal campaign disclosure law.  A second argument could be that if Mr. Trump denies approval of the agreement, any award arising from the agreement would be the result of a fraudulent enterprise by Mr. Cohen in light of the contractual promises made on behalf of DD. Given the several competing considerations described in this article, it also is possible that the parties will reach a further settlement of the dispute, removing it from daily headlines.