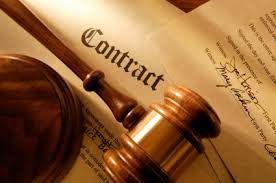 Judge in Fraud Lawsuit Against Trump, His Children and the Trump Company Denies Their Request for Arbitration

Donald J. Trump, his children, and the Trump Company are all defendants in a class action lawsuit in Federal District Court in New York in which the plaintiffs allege that the defendants all committed fraud arising out of their actions promoting an entrepreneur-development business (ACN Opportunity) during shows of The Celebrity Apprentice and in other ways.  Mr. Trump, his children and his company recently made a motion to compel arbitration of the dispute based on an arbitration agreement to which they were not parties.  Judge Lorna G. Schofield denied their motion on two grounds: 1) they were not parties and could not be considered to be equivalent to the parties to the arbitration agreement on which they rely; and 2) even if they were parties to the agreement, they had waived their claim to compel arbitration due to their eight months of active litigation in court before they switched strategies and tried to compel arbitration. The trial court also denied a stay of the action pending appeal to the Second Circuit.  With denial of a stay, discovery can proceed absent a stay from a higher court.

Here is a quote providing the essence of the court’s order denying a motion to compel arbitration:

Provided below are links related to the case:

Click here for the denial of the motion to compel arbitration.

Click here for the denial of a stay pending appeal.