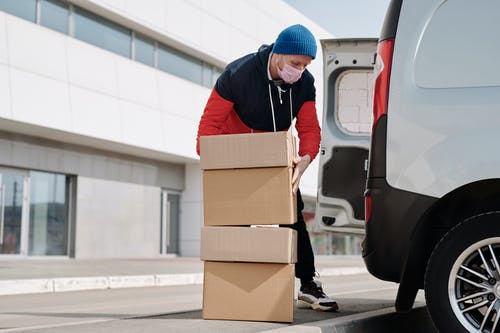 “Last Mile” Drivers for Amazon are Exempt from the FAA, per the First and Ninth Circuit Court of Appeals

With bi-coastal consistency, both the First Circuit (Boston) and Ninth Circuit (Seattle) Courts of Appeals recently ruled that “last mile” delivery drivers for Amazon fall within the Federal Arbitration Act’s exemption for “contracts of employment of seamen, railroad employees, or any other class of workers engaged in foreign or interstate commerce.”  9 U.S.C. § 1 (2020).  Waithaka v. Amazon.com, __ F.3d __, Docket No. 19-1848 (1st Cir. 7/17/20); Rittman v. Amazon.com, __F.3d __, Docket No. 19-35381 (9th Cir. 8/19/20).  This means that in both cases, Amazon could not use the FAA to compel the plaintiff drivers to arbitrate their wage and hour claims against Amazon.

The U.S. Supreme Court had decided in 2001 that the residual clause of the FAA exemption, concerning “any other class of workers engaged in foreign or interstate commerce,” covered only those types of workers who were similar to seamen and railroad workers, which the Court described as “transportation workers.”  Circuit City Stores v. Adams, 532 U.S. 105, 118-119 (2001). Since truck drivers are quintessential “transportation workers,” the question in both the First and Ninth Circuit cases was whether the “last mile” drivers were “engaged in foreign or interstate commerce” even though most of them never crossed state lines to make their deliveries.

In both cases, Amazon had engaged local drivers to pick up packages that had been shipped interstate to centralized Amazon warehouses and deliver those packages directly to customers. The drivers had signed agreements to submit any work-related claims to arbitration rather than a court.  When the drivers brought wage and hour lawsuits against Amazon in court, Amazon moved to compel arbitration under the Federal Arbitration Act.  However, the drivers claimed that the FAA did not cover them because their “contracts of employment”[1] fell under the FAA exemption for “contracts of employment of seamen, railroad employees, or any other class of workers engaged in foreign or interstate commerce.”  9 U.S.C. § 1 (2020).  Both circuit courts agreed with the drivers, finding that they were “transportation workers” who were “engaged in foreign or interstate commerce” even though their part of the delivery route might be intrastate.

The term “engaged in . . . interstate commerce” means “workers who are engaged in the movement of goods in interstate commerce, even if they do not cross state lines,” the Ninth Circuit held.  Like the First Circuit, the Ninth Circuit based its conclusion on the Supreme Court’s prior FAA opinions as well as opinions interpreting the same term in other federal statutes: the Federal Employees Liability Act (FELA) (enacted in 1908, prior to the FAA, which was enacted in 1925) and the Clayton and Robinson-Patman Acts.  Therefore, the “last mile” drivers were “transportation workers” who were “engaged in . . . interstate commerce,” the courts held. Because the FAA exempted the drivers from its jurisdiction, Amazon could not use the FAA as the legal basis for compelling arbitration of the drivers’ claims, nor, in either case, was there any other applicable law that Amazon could use to avoid litigating the drivers’ claims in courts.

Although neither the First nor Ninth Circuits looked at how the FAA § 1 exemption plays out for the specifically exempted seamen and railroad employees, their decisions are consistent with the Supreme Court’s finding that the class of exempt “transportation workers” have to somehow resemble seamen and railroad employees in order to claim they are exempt from the FAA.  Since the Supreme Court did not provide a clear definition for “transportation workers,” the Supreme Court’s rationale for that holding in Circuit City has to provide the guidance necessary. The Supreme Court found: “the residual clause [“any other class of workers engaged in foreign or interstate commerce”] should be read to give effect to the terms ‘seamen’ and ‘railroad employees,’ and should itself be controlled and defined by reference to the enumerated categories of workers which are recited just before it.”  Circuit City, 532 U.S. at 115.[2]

Courts and administrative agencies have consistently found that airline employees who remain at one site and do not travel over state lines for their jobs are nonetheless “engaged in interstate commerce” and are governed by the RLA.[3] Thus, for example, a contracted caterer’s employees who supplied meals to be served to airline passengers were under the jurisdiction of the RLA because they were employees who performed work “traditionally performed by employees of rail or air carriers” and who were under the control of an air carrier.  Dist. 6, Int’l Union of Ind’l, Service, etc. v. NMB; see also e.g. Primeflight Aviation Services, 45 NMB 140 (N.M.B. 2018) (contractor’s employees providing skycap, wheelchair, baggage handling, priority parcel, passenger, ticket verification, cabin appearance, aircraft guard, line queue, shuttle bus, and other services fell under RLA jurisdiction),  If railroad and airline employees who are essentially stationary are “engaged in interstate commerce” by virtue of their part in carrying out an airline’s mission, then it is perfectly consistent for courts to find that truck drivers involved in the intrastate leg of an interstate delivery system are “engaged in interstate commerce.”

[2]It should be noted that that the term “railroad employees” includes airline employees due to a 1936 amendment to the Railway Labor Act (RLA) which governs the labor relations rights and responsibilities of railroads, airlines and their employees. 45 U.S.C. § 182.

[3] In order to be covered by the RLA, an airline employee must be a “person who performs any work as an employee or subordinate of an official” of an air carrier “engaged in interstate commerce.”  45 U.S.C. § 182.