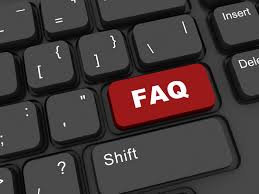 Can you have arbitration without a union?

Yes. Arbitration resolves disputes between parties. In the unionized workplace, arbitration is a means of resolving disputes that occur in the application or interpretation of a collective bargaining agreement between an employer and a union representing employees. The arbitration process may take place pursuant to an agreement by the parties or,  more generally in the public sector, pursuant to statute. Even in the absence of a union, employers may adopt arbitration as a way to resolve workplace disputes with employees through the establishment of policy, handbook, or contract. Individual contracts of employment may also be written to provide for resolution of disputes through arbitration. Occasionally, courts may refer parties to arbitration

How much does arbitration cost? Who pays for it?

The total cost of an arbitration to the employer and union concerned can vary widely depending upon several factors. Nevertheless, it is almost always  more inexpensive and speedier than taking a case to court.

Arbitrators charge a daily rate for their services. Their rates are available from referral agencies or their web sites (if they have one). Arbitrator fees (per diem) normally range from about $1000 per day to $2000 per day and higher, depending upon the arbitrator’s experience and the geographic area in which he or she practices. In addition, arbitrators will charge the parties for time in travel (usually pro-rated) and/or time in executive session (pre- or post-hearing discussions with both parties, often via telephone). The parties will also be charged for the arbitrator’s expenses – such as hotel stay, meals, airfare – incurred in connection with holding the hearing.

Figures on the average cost of an arbitration are generally available from either the American Arbitration Association (AAA) or Federal Mediation and Conciliation Service (FMCS) and may also be found at other sites.

How do an employer and an employee (or union) arrive at arbitration?

Arbitration may be and, in the context of employer-union disputes, generally is preceded by a grievance process. The purpose of a grievance process is to resolve disputes informally and at lower levels of the organization. Only those disputes remaining unresolved through that process are referred to arbitration. By agreement, parties may waive some or all of the steps of the grievance procedure and proceed directly to arbitration. Individual employment agreements may also require preliminary steps (e.g., informal discussions or mediation) as preconditions for the invocation of arbitration or may allow direct and immediate use of the process.

Can an arbitration award be appealed?

The standard agreement between parties to an arbitration specifies that the arbitrator’s decision shall be final and binding upon both of them. As such, it is unusual for an arbitrator’s award to be successfully appealed. For more than fifty years courts generally did not consider reviewing or vacating (invalidating) an arbitrator’s award except for these very limited circumstances:

1) The arbitrator did not write a decision and award in accordance with the terms of the parties’ collective bargaining agreement. For example, many agreements provide that an arbitrator may not add to or change language in the agreement;

2) The arbitrator decided issues not placed before him or her by the parties;

3) The arbitrator’s award is incomprehensible;

4) The arbitrator’s award is contrary to state or federal law; or

5) The arbitrator engaged in deception or fraud – such as failure to disclose to the parties that he or she is a major stockholder in the employer’s company or is the union representative’s close relative.

Recently, however, there have emerged exceptions to the general principle of respecting the finality of the arbitrator’s award. For example, some courts have occasionally reversed an award they considered to be “contrary to public policy.” In addition, awards may be reviewed if they touch upon federal employment laws (e.g., the Civil Rights Act of 1964, or the Age Discrimination in Employment Act of 1972) or various state laws, such as those encompassing arbitration of state employee grievances (like policemen or teachers).

Does the press have a right to “sit in on” arbitrations?

Private sector arbitration is ordinarily a matter of contract between parties. Thus, it is a private proceeding from which the press may be excluded. As a matter of practice most parties allow only those persons with a direct interest in the proceeding to attend. Parties may require the sequestration (separation) of witnesses during the testimony of other witnesses during a proceeding. Generally, in such situations individual grievants are entitled to remain in the hearing, notwithstanding the sequestration of all other witnesses.

Whether the press has the right to be present for public sector arbitration hearings (that is, hearings between a government agency and a union representing its employees or between a government agency and an individual employee) over the objection of one or both parties is generally determined by governing “sunshine” or “open meeting” laws. In some jurisdictions, public sector arbitration hearings are covered by such laws, in which case the press may attend. If not covered or if there is dispute as to coverage, press attendance may be allowed only pursuant to a court order.

How does someone become a labor/management arbitrator?

An arbitrator is mutually selected by labor and management representatives to resolve their disputes by rendering final and binding awards. Consequently, arbitrators must be impartial and sufficiently experienced so that parties will feel confident in selecting them. Parties generally feel most comfortable turning this responsibility over to arbitrators with whom they are familiar or those with excellent reputations in the labor/management community. While many arbitrators are also lawyers, it is not necessary to have a law degree to be a successful arbitrator. Many newer arbitrators “learn the ropes” by serving an apprenticeship or internship under a more experienced arbitrator. From time-to-time, agencies provide training programs where applicants can learn from experienced arbitrators.

Who monitors the quality of an arbitrator’s work?

Referral agencies may survey their clients (labor and management) following an arbitration to assess the arbitrator’s handling of the hearing, rulings on evidentiary matters, and similar aspects of his or her conduct. In addition, an arbitrator’s previous awards may be found on web sites such as those of the Bureau of National Affairs (BNA) or AAA. It should be noted, however, that the labor-management community – employer or employee representatives and neutral third parties – is a relatively small one. Also, most arbitrators practice in a relatively limited geographical area of the United States (e.g., Northeast, Midwest, or Southwest). Thus, word of mouth from colleagues and prior experience with a specific arbitrator can become a means by which representatives may assess whether or not to select that arbitrator.

The National Academy of Arbitrators (NAA) does not monitor its members’ award writing or hearing conduct, but it has a committee that considers parties’ complaints about an NAA-member arbitrator. The Committee on Professional Responsibility and Grievances (CPRG) addresses such complaints when they arise. A link to the CPRG may be found on the NAA web site (www.naarb.org).

Most arbitration takes place pursuant to contract, and the arbitrator’s authority is derived from and limited to enforcement of contract terms, rather than applying external law. However, the parties to a contract may specifically incorporate external law provisions. Arbitrators will not generally interpret contracts in ways that are inconsistent with external law. Some arbitration hearings, generally in the public sector, takes place pursuant to statute. In such situations the statute may provide for the application of external law. When arbitrators apply external law, they will generally be placed in the shoes of the trier of fact who would otherwise hear and decide the dispute. In doing so, arbitrators are bound to apply the law properly and are subject to review by courts to ensure proper application of the law.

Who decides what issue is to be decided in arbitration?

What happens if one party refuses to attend the arbitration?

An arbitrator may hold a hearing in the absence of one party, so long as the absent party received adequate notice of the date, time, and place of the hearing but refused to attend. However, many arbitrators hope to avoid proceeding in the absence of a party to a dispute because this type of hearing would not be likely to help resolve the underlying workplace issue. If the arbitrator decides to hold the hearing with only one party present, the arbitrator’s ruling will be based on the evidence presented by the appearing party. An arbitrator will not make a ruling based solely upon the default of one party.

Why won’t an arbitrator talk with the press outside the hearing or when the arbitration case is completed?

Why do parties go to arbitration instead of to court?

Generally, arbitration is perceived as a less expensive and quicker method than litigation of resolving labor/management disputes. Especially in a setting where unresolved disputes may fester and impede productivity, an efficient way of settling disagreements is imperative. Additionally, the parties have the opportunity to select an experienced labor arbitrator who is familiar with industry standards and the peculiarities of interpreting a collectively-bargained contract, rather than have their case heard by a judge or jury who may be unfamiliar with the labor-management context.