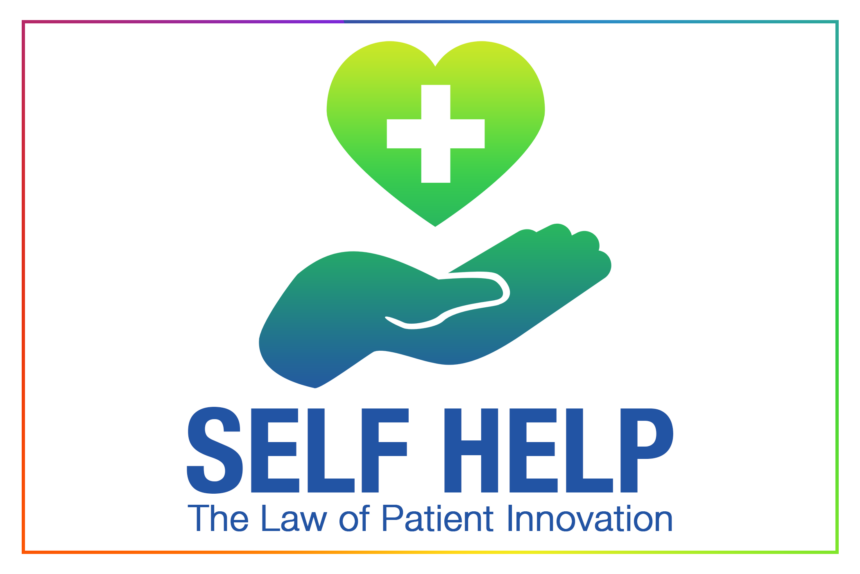 Per the university announcement of March 11, this event is cancelled.

The ability for patients to innovate in regard to their own medical care has brought about numerous life-changing medical devices, therapies, and drugs. As technology and communication increase, dissatisfied patients will only have more tools when seeking better solutions for their own medical needs. However, there are still hurdles that remain for patients seeking to innovate. Are providers sometimes too resistant to deviate from the standard of care? How could patients more effectively collaborate with others to bring their ideas to fruition? What oversight, if any, is best to protect the public from a patient’s half-baked idea?

In this symposium, hosted by the law school’s Center for Intellectual Property & Entrepreneurship and the Business, Entrepreneurship & Tax Law Review, a distinguished group of academic and industry panelists will consider these and other pressing issues in this area of law.

This event has been approved for 1.5 hours of CLE credit in Missouri.

About the Center for Intellectual Property & Entrepreneurship

The Center for Intellectual Property & Entrepreneurship at the University of Missouri School of Law promotes faculty symposia and scholarship in all areas involving law and innovation, and develops curricular and extracurricular programming to prepare law students to participate in entrepreneurial and innovation communities. The center also supports the law school’s Office of Career Development in identifying externships, summer positions and full-time jobs within the center’s focus area, and collaborates with campus and community members to generate resources that will increase and promote innovation and entrepreneurship. The center’s focus resides not just on intellectual property, business and finance, but on the intersection of science, technology, engineering and math (STEM) issues.

The law school also offers an Entrepreneurship Legal Clinic, which represents early-state businesses and helps guide them past the legal barriers faced by many new ventures.

The Business, Entrepreneurship & Tax Law Review is a student-edited publication at the University of Missouri School of Law, whose primary purpose is to provide a three-part publication offering and host an annual symposium to cultivate cutting-edge information and legal analysis over a wide range of topics and issues.

Currently, the Business, Entrepreneurship & Tax Law Review is accepting articles and white papers for the fall 2020 and spring 2021 publications. Publications of any kind are accepted on a rolling basis and should be submitted through Expresso or by emailing mulawbet@missouri.edu.

This event is free and open to the public. Registration is requested but not required. To register, please click on the registration button below.

All events will be held in Hulston Hall on the University of Missouri campus. Convenient parking is located two blocks west of Hulston Hall in Turner Avenue Parking Garage. Directions and detailed parking information are available at law.missouri.edu/about/directions.

Sam F. Halabi
Manley O. Hudson Professor of Law, University of Missouri
Director, Center for Intellectual Property & Entrepreneurship
Sam F. Halabi is a professor of law as well as a scholar at the O’Neill Institute for National and Global Health Law at Georgetown University. He is also the 2017-18 Fulbright Canada Research Chair in Health Law, Policy, and Ethics at the University of Ottawa, Ontario.

Professor Halabi is the author of Intellectual Property and the New International Economic Order (Cambridge University Press, 2018) and he has edited (with Lawrence O. Gostin and Jeffrey S. Crowley) Global Management of Infectious Disease after Ebola (Oxford University Press, 2017). He has authored or co-authored more than 30 articles and book chapters in legal and medical publications including the Journal of the American Medical Association (JAMA), the Lancet, the Baylor Law Review, and the Tulane Law Review. He blogs regularly at the Yale Journal on Regulation’s Notice and Comment. Professor Halabi advises or has advised domestic and international organizations including the World Health Organization, the National Foundation for the Centers for Disease Control and Prevention, and the Global Virome Project.

Professor Halabi joined the MU faculty from The University of Tulsa College of Law where he served as the Associate Dean for Faculty Development and also earned the college’s nomination for the university’s outstanding teacher award. Before joining the legal academy, he practiced law at the Washington, D.C. office of Latham & Watkins after which he clerked for Judge Nanette K. Laughrey of the U.S. District Court for the Western District of Missouri.

Professor Halabi’s honors include a British Marshall scholarship (Oxford), a Rotary International Ambassadorial scholarship (the American University of Beirut), and a Fellowship at the Oklahoma Center for the Humanities. In 1999, he earned first prize in the Elie Wiesel Foundation for Humanity’s Essay in Ethics competition. 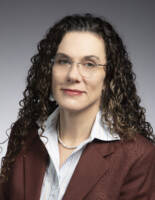 Erika Lietzan
Associate Professor of Law, University of Missouri
Erika Lietzan researches, writes, and teaches primarily in the areas of food and drug regulation, intellectual property, and administrative law. Some of her recent scholarship has focused on the nature and purpose of the new drug approval system, federal regulation of fecal microbiota transplantation, federal regulation of products derived from cannabis, the political economy of the Hatch-Waxman (generic drug) statute, and incentives to study already approved drugs for new uses. She is an award-winning teacher, and she has been an elected member of the American Law Institute since 2006.

Professor Lietzan brings to her scholarship and teaching eighteen years of private practice experience, eight of them as a partner in the food and drug group at Covington & Burling in Washington, DC. In practice, she handled a wide range of complex legal problems and broader legislative and regulatory policy questions affecting FDA-regulated companies. This work included lifecycle management and strategy issues, regulatory strategy and advocacy, white collar defense, congressional investigations, briefing in products liability cases, and international regulatory policy work. She was involved in every major amendment to the Federal Food, Drug, and Cosmetic Act (FDCA) between 1997 and 2014 and was deeply immersed for more than a decade in the development of the Biologics Price Competition and Innovation Act of 2010. She has been consistently identified by her peers in private practice as a “Best Lawyer in America” in the categories of FDA law (since 2013) and Biotechnology Law (since 2007). 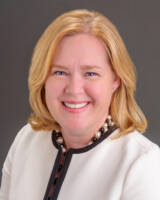 Jennifer May
Chief Compliance Officer, MU Health Care
In her 20th year at the University of Missouri (MU), Jennifer May is currently the Chief Compliance Officer for MU Health. This role directs the Office of Corporate Compliance which serves the MU Hospitals and Clinics, and the Schools of Medicine, Nursing and Health Professions. The compliance office is responsible for ensuring that the clinical efforts of the university’s health care providers and staff are compliant with institutional, state, and federal laws and regulations.This is achieved through the implementation of an enterprise risk management model and risk-based audit plan to assess, report on, and make suggestions for improving the university’s key operational, compliance, and finance activities and internal controls. The office is also principally responsible for implementation and management of a corporate integrity agreement.

Previously with MU’s Office of Research, Graduate Studies and Economic Development and part of the Research Compliance Office, May managed both the conflict of interest and the export compliance programs. She came to the Office of Research from the Intercollegiate Athletics Department where she served as a coordinator for NCAA rules compliance. A native of St. Louis, May received both a bachelor’s degree in journalism and juris doctor at the University of Missouri. In addition to active involvement within a number of national professional compliance organizations, she has also served the university community as a staff representative to the Intercollegiate Athletics Committee, a member of the Council on International Initiatives, and as an ex officio member of MU’s Institutional Biosafety Committee. 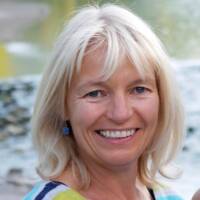 Gerti Motavalli
Physical Therapist, First Steps
Gerti Motavalli, PT MS, has worked as a pediatric physical therapist for over 30 years in a variety of settings and in Germany, India and several states in the U.S. She received her degree in physical therapy from the University of Deggendorf in Germany, and after moving to the United States received a Bachelor of Arts in exercise science from the University of Guam followed by a Masters in Physical Therapy from the University of Missouri-Columbia. She currently has her private pediatric outpatient practice and is also a private contractor through the Missouri early intervention service called First Steps, which is aiding in the development of young children birth to three years of age.

In recent years she has received attention for her part in developing new medical treatments and devices. She has worked in conjunction with Dr. Gad Alon to develop new spinal stimulation therapies for children who are paralyzed due to Spina Bifida. Their case study was published in a professional journal called Child Neurology Open. Motavalli has also helped to develop a crawling device for little children who are paralyzed, called the Frog. It received much media attention and has since been shipped to over 170 children in seven different countries mostly free of cost due to a successful GoFundMe® campaign. The Frog was selected by an organization in the European Union as being one of the best three new patient innovations in 2019.

Ana Rutschman
Assistant Professor, Saint Louis University School of Law
Center for Health Law Studies
Center for International and Comparative Law
Ana Rutschman has published and presented widely on topics related to health law, intellectual property, innovation in the life sciences, and law and technology. Recent presentations have covered topics related to vaccines and other biotechnologies, healthcare blockchain, e-health and artificial intelligence in medicine. Her writing has appeared in UCLA Law Review, Arizona Law Review, Yale Law Journal Forum and Duke Law and Technology Review, among others. Her commentary pieces have been published by The Huffington Post and The Conversation and reprinted in Scientific American, Newsweek Japan and newspapers around the U.S., including the Chicago Tribune. Her ongoing book, Vaccines as Technology: Innovation, Barriers and the Public Interest, is under contract with Cambridge University Press. 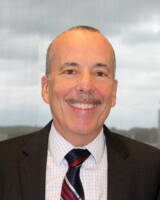 Dr. Shore worked as a primary care physician for 30 years in the city of St. Louis, prior to joining Centene in 2012. He also has been the medical director for BJC Hospice, the largest hospice in Missouri, since 1987, and continues to serve in that clinical capacity. Shore serves on the board of trustees of the St. Louis College of Pharmacy, and the board of trustees for CHIPS – Community Health in Partnerships Wellness Center – a non-profit organization that provides health care and social services for the underserved and uninsured in the St. Louis region.

His awards include the Dr. Neville Grant Award for Clinical Excellence (1998), the Barnes-Jewish Hospital Community Scholar Award (1999), and the Missouri Hospice and Palliative Care Association Lifetime Achievement Award (2011).  While in practice, he was recognized almost annually as a ‘Best Doctor’ by St. Louis Magazine. 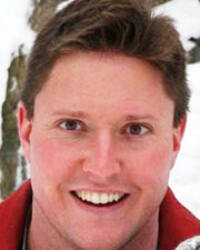 Professor Torrance teaches and conducts research in patent law, intellectual property, innovation, food and drug regulation, biotechnology law, biodiversity law, biolaw, and empirical, experimental, and big data approaches to the law. Specific research foci include open, user, and collaborative innovation, design, and legal issues surrounding genes, biotechnology, genetically-modified organisms, synthetic biology, conservation biology, and de-extinction. Torrance has given more than 100 scholarly presentations at numerous universities, research organizations, governments, and intergovernmental agencies in seven countries. He has published more than 25 scholarly works in notable law reviews and he was commissioned in 2012 to write a report for the National Academies. Torrance and his research have been regularly featured in the media.

Professor Torrance practiced biotechnology patent law at Fish & Richardson PC, the world’s largest intellectual property law firm, after working as a summer associate at both Morrison & Foerster LLC and Fish & Richardson P.C. He served as in-house patent counsel at Inverness Medical Innovations, a global biotechnology company, and as the first in-house patent counsel at Stirling Medical Innovations, a cardiac diagnostics biotechnology company based in Scotland. He is a board member at several companies and nonprofit organizations. Torrance founded the annual Biolaw Conference, and co-founded the leading annual patent conference, PatCon.