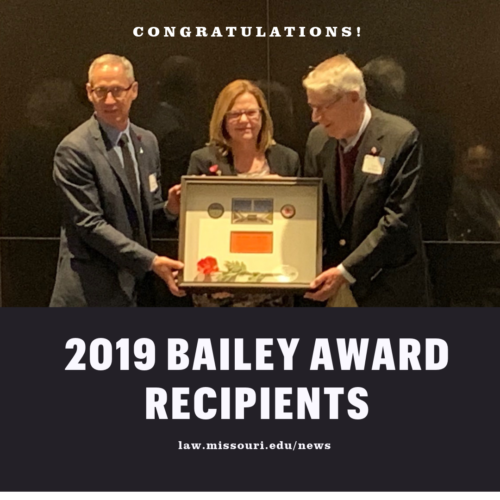 The Veterans Clinic at the University of Missouri School of Law hosted a continuing legal education (CLE) seminar and presented three awards in Kansas City at the National World War I Museum and Memorial on May 1.

Following the CLE, the clinic announced a new award, the Bailey Award, to honor and recognize two attorneys who have provided exemplary advocacy on behalf of veterans. The award is named for the University of Missouri School of Law Assistant Dean Emeritus Bob Bailey, a Vietnam veteran, who was instrumental in the formation and start of the clinic.

The inaugural recipient of the Bailey Award is the person after whom the award is named: Bob Bailey.

Each year, the clinic will recognize two attorneys. This year in addition to recognizing Bailey, the clinic awarded the Bailey Award to Larry McMullen of Husch Blackwell and Jerry Wolf of Dentons. 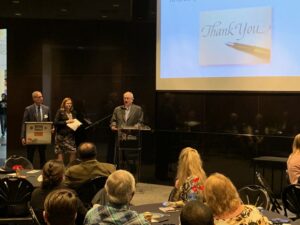 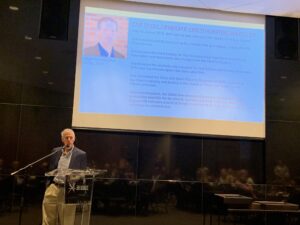