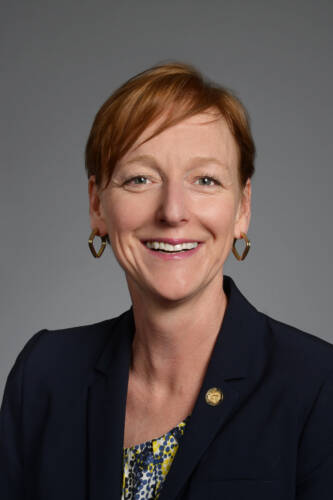 Dean Lyrissa Lidsky will join Akhil Amar and Floyd Abrams for an Abrams Institute Conversation, Incitement and the First Amendment on February 22 via Zoom.

The law of incitement has made it to the headlines in the wake of the recent Capitol riot and the Senate trial of the former President. Whether President Trump committed incitement has been hotly debated in partisan terms, but questions simmering before January 6 remain unanswered:  Are Brandenburg and the law of incitement out of step with the reality of social media communications?  Is a different view of incitement necessary today given the realities of online recruitment, motivation, organization and direction?  Would the Supreme Court construe the First Amendment to tolerate an expanded understanding of incitement in the face of pressures to criminalize speech that results in violence?

The Floyd Abrams Institute for Freedom of Expression at Yale Law School promotes freedom of speech, freedom of the press, access to information and government transparency. The Institute’s activities are grounded in the belief that collaboration between the academy and the bar will enrich both scholarship and practice. The event is free from 11 am – 12:30 pm (CT). Registration is required.