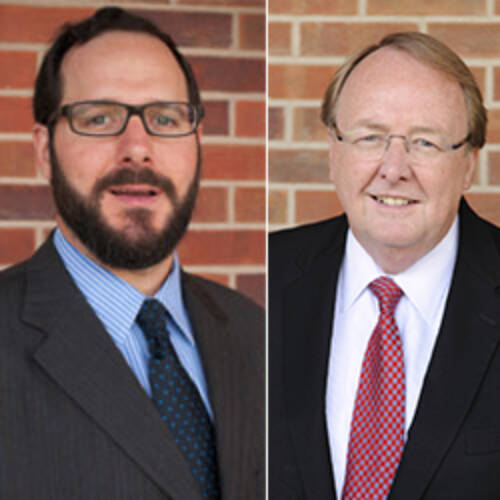 School of Law faculty were among the members of a committee that created new and revised policies that will help the MU community and visitors understand their rights and responsibilities related to campus protests and the use of public space.

The Ad Hoc Joint Committee on Protests, Public Spaces, Free Speech and the Press was created by MU Interim Chancellor Hank Foley and law school faculty member Ben Trachtenberg, who is chair of the MU Faculty Council. Experts from law, political science, law enforcement, health and safety, public affairs and journalism were consulted during the creation of the policies and procedures.

“This is how shared governance is supposed to work,” Professor Trachtenberg said. “Faculty and administration came together, along with representatives of the staff who will implement this policy and the students whom it will regulate. By taking the time to gather expertise and consider a broad array of perspectives, we have made MU a leader for universities across the country to follow.”

“Free expression rights and responsibilities in public spaces are ultimately questions of federal constitutional law, where the applicable law is found in decisions of the Supreme Court of the United States. In our project, we also had the overlay of state statutory law coming from the legislature’s August 2015 enactment declaring all outdoor spaces at public universities in Missouri ‘traditional public forums,’” Professor Jerry explained. “By using this term of art developed in federal constitutional law in the state statute, the legislature required that federal constitutional principles be applied to all outdoor areas, not just streets, sidewalks, and parks. It is impossible to imagine these questions being adequately discussed – let alone answered — without legal expertise.”

The committee first met in February 2016 and submitted a draft of the new and revised policies to the campus community in May 2016. Input from the campus community was gathered and submitted to university administration in October 2016; the new and revised policies were sent through a final approval process to be included in MU’s Business Policy and Procedural Manual. Final approval was obtained on April 20, 2017. The policies are effective June 1.

The new policies can be found in the MU Business Policy and Procedural Manual: