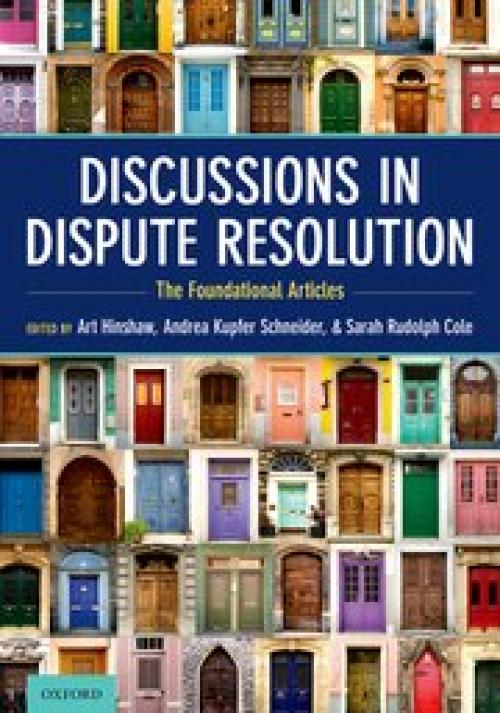 A new book, Discussions in Dispute Resolution: The Foundational Articles (Hinshaw, Schneider, and Cole, eds.) (Oxford Univ. Press, 2021), collects 16 foundational writings in dispute resolution with a focus on negotiation, mediation, arbitration, and public policy. It also provides interdisciplinary commentaries from expert dispute resolution scholars discussing how each article is foundational. And it tracks the development of the field of dispute resolution and highlights its continuing debates. One of the book’s co-editors is Art Hinshaw, JD ’93, LLM ’00.

Authors of foundational articles written before 2000 include Leonard Riskin, founding director of Mizzou Law’s Center for the Study of Dispute Resolution, and CSDR former faculty Jean R. Sternlight and Joseph B. “Josh” Stulberg.

Professor Lande’s article, “For Pragmatic Romanticism in Law and Dispute Resolution: Reflections on Galanter’s Remarkably Realistic Analysis of Why the Have-Nots Come Out Behind,” comments on Marc Galanter’s 1974 article, “Why the ‘Haves’ Come out Ahead: Speculations on the Limits of Legal Change.”

Professor Schmitz’s article, “Emphasizing Efficiency in the Digital Age,” compares the thirst for efficiency and innovation behind the Federal Arbitration Act to the forces driving the growth of online dispute resolution.