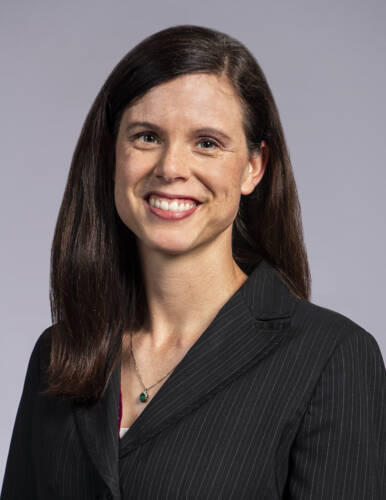 Brook Gotberg joined the faculty in 2016. She teaches Bankruptcy, Contracts, Secured Transactions, Securities Regulation and other commercial law subjects. Professor Gotberg’s scholarship focuses primarily on debtor and creditor relations, both in and out of bankruptcy. She has published articles on the treatment of preferential transfers in the bankruptcy code, the jurisdiction of bankruptcy judges and, more generally, on the laws and policies shaping business reorganization in the United States. In addition to her publications, Gotberg has presented on such topics as the relationship between medical insurance and bankruptcy, student debt in bankruptcy, Puerto Rico’s debt crisis, and the impact of recent Supreme Court decisions on bankruptcy proceedings.

Prior to joining the law faculty, Professor Gotberg was an Academic Fellow for the J. Reuben Clark Law School at Brigham Young University. Professor Gotberg also practiced commercial law with Sullivan & Cromwell in Los Angeles, California. She has litigated a variety of cases, from large antitrust suits to minor contract disputes, and has represented both debtors and creditors in bankruptcy court. She is a former clerk to Judge Milan D. Smith Jr. on the Ninth Circuit Court of Appeals and the Honorable Thomas B. Donovan in the Bankruptcy Court for the Central District of California.

In addition to writing, teaching and engaging in the theory and practice of law, Professor Gotberg enjoys playing tennis with her husband and having dance parties with their five children.