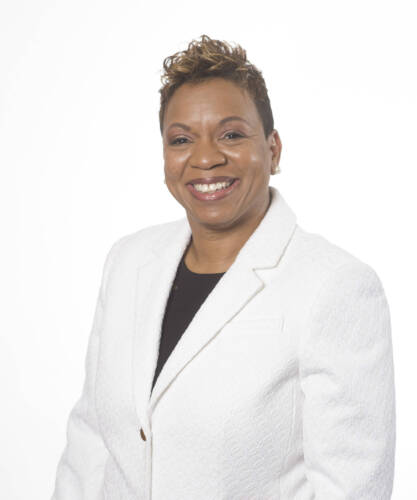 Chalana M. Scales-Ferguson currently serves as the Director of Academic Success at the University of Missouri-Columbia School of Law. In this role, she delivers curricular and extracurricular content, support, and programming to enhance the student experience and guide students toward bar exam readiness. Professor Scales-Ferguson earned her Juris Doctorate degree and a certificate from the William C. Wefel Center for Employment Law at Saint Louis University School of Law where she was a Dean’s Scholar. She received her undergraduate degree from the University of Missouri-Columbia. During law school, she held clerkships with the Missouri Attorney General’s Office, the Missouri Commission for Human Rights, and Saint Louis University Office of the General Counsel. She also served as a Faculty Fellow for SLU Law’s Office of Multicultural Affairs (now the Office of Inclusion and Diversity Education).

Prior to joining Mizzou Law, Professor Scales-Ferguson was an Associate Attorney at Lashly & Baer, P.C. in St. Louis, Missouri where she represented corporations and school districts in education, business, and corporate law matters. She founded Ferguson Law Group, LLC in 2015, where she was the Managing Attorney before coming to Mizzou Law in 2019. She also served as an Adjunct Professor at Saint Louis University School of Law where she taught Law and Social Change and LSAT preparation courses as part of the Discover Law PreLaw Undergraduate Scholars pipeline program which was funded by the Law School Admissions Council.

In 2020, Professor Scales-Ferguson received the Carey Mae Carroll Award from the MU Women’s Law Association. She is currently a candidate for a Doctorate of Philosophy degree in Educational Leadership and Policy Analysis with an emphasis in Higher Education at the University of Missouri’s College of Education.

Professor Scales-Ferguson is very active in the Missouri legal community with memberships in the Missouri Bar and the Bar Association of Metropolitan St. Louis, as well as being a current Executive Committee member of the Mound City Bar Association, the oldest Black bar association west of the Mississippi River. Hailing from St. Louis, she now resides in Columbia full-time with her husband where they are learning to be empty nesters after the departure of their two adult daughters.