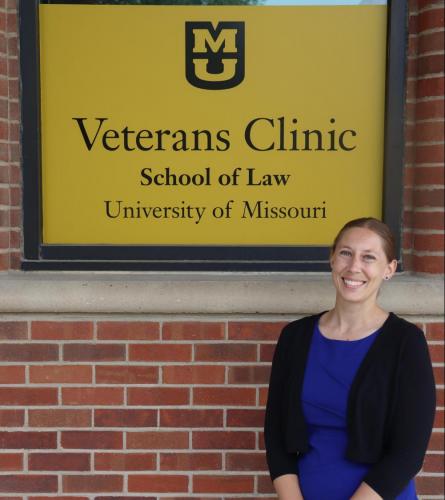 After graduating, she was awarded the Tim Heinsz scholarship to attend the University of Missouri School of Law. While in law school, she interned for the Honorable E. Richard Webber, and served as a Rule 13 law student for the U.S. Attorney’s Office and the Veterans Clinic. She worked on several veterans’ disability compensation cases as a law student for the Veterans Clinic, including two military sexual trauma claims.

Professor Rives received her JD in 2016 and was awarded the Order of the Coif and the Order of Barristers. She was admitted to the Missouri Bar in 2016 and the Kentucky Bar in 2017. During her first year as an attorney, Professor Rives became accredited with the Veterans Administration and served as a law clerk for the Missouri Court of Appeals Eastern District in St. Louis.