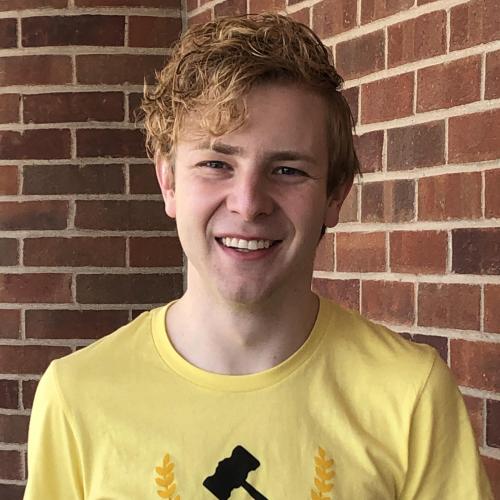 I’m so excited that you are interested in continuing down the path to greatness at Mizzou Law with me! I earned my bachelor’s degree in Political Science with an Emphasis in Public Law from Webster University, a small liberal arts school in suburban St. Louis. For me, it has been clear since high school that I would be going to law school one day, but the big question that I had to answer was where.

There are so many important factors that I had to weigh when I made my choice: how was the school ranked, how close (and far away) it was to my hometown, did I want a large or small school feeling, how much would it cost, and did I feel like the school had a community that I could flourish in? Each of those elements is important when making your decision, but it was the last that made Mizzou Law the only place for me! In the moments that I took my tour, met with the Admission’s staff, and sat in on a real 1L class, I knew that this was a place above the stereotypical law school drama. Ultimately, I decided to attend Mizzou Law over a Top 20 ranked school because I truly felt like I could belong here and felt at home from that very first day!

I have never looked back! In my first week here, I knew that I made the absolute right choice. Since my orientation, I have met the most amazing people, many of whom I know will stay as integral parts of my life for decades to come. My 3L year has been just as amazing as I meet more incredible professors. The atmosphere of a small school in the middle of an SEC campus is bar none! I hold positions in the Student Bar Association, Phi Alpha Delta, the American Constitution Society, and am a member of the Competitive Mock Trial Team. I know that my choice to attend Mizzou Law has put me on my path towards greatness and I’d love to assist you in making the same decision!