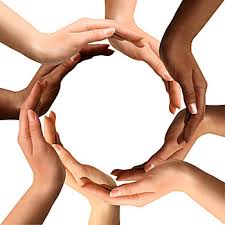 WHAT IS THE DIFFERENCE BETWEEN MEDIATION AND ARBITRATION?

Mediation and arbitration both involve finding a resolution to a dispute (usually over the interpretation or application of a written contract) and involve a third party (an arbitrator or mediator). However, the method by which resolution is reached is completely different in arbitration and mediation.

In mediation the parties (employer and union or other employee representative) to a labor-management dispute mutually select an impartial third party to help them reach agreement over a disputed issue or issues. The role of the mediator is to listen to the positions and interests of both parties, to make suggestions for resolution if appropriate, and to help them reach an agreement to which they can both commit. Mediation may be voluntary or imposed by state or federal legislation. The mediator has no authority to force the parties to come to an agreement and cannot impose his or her version of a good resolution upon them. Any suggestion he or she makes about what would be the “best” solution for the dispute is not binding upon the parties.

In arbitration the parties mutually select an impartial party to hear both parties’ positions and arguments, consider live witness (oral) testimony and documentary evidence if offered, and write an opinion and award resolving the issue in question. The parties to arbitration generally agree in advance that the resulting award will be final and binding upon them. Most collective bargaining agreements contain a specific provision that addresses the arbitration of disputes. Sometimes an arbitrator will try to mediate a dispute prior to moving to arbitration. In such circumstances he or she tries to get the parties to resolve the dispute on their own without having a decision imposed upon them.