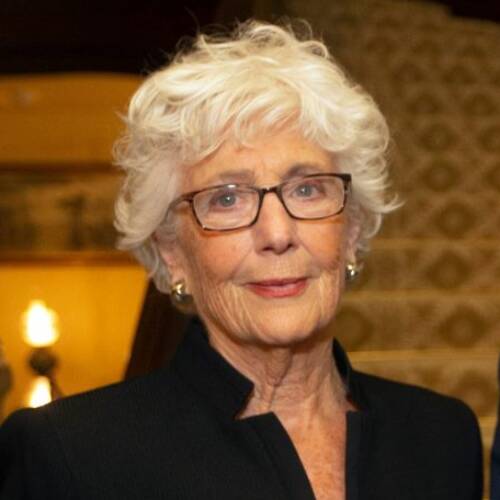 The Honorable Ann Covington, ’77, former chief justice of the Missouri Supreme Court, received the Henry S. Geyer Award from the Mizzou Alumni Association. The award was presented at a reception at the Governor’s Mansion in Jefferson City on Feb. 18. Missouri State Senator Caleb Rowden of Columbia received the award as well.

The Alumni Association’s Legislative Network Committee annually presents the awards to one state-elected official and one citizen who exemplify the dedication and spirit of Henry S. Geyer. As state representative, Geyer believed education was the key to progress and prosperity in Missouri and introduced a bill to establish the University of Missouri in 1839.

“The Geyer Award is our way of thanking exceptional supporters of higher education,” said Todd McCubbin, executive director of the Mizzou Alumni Association and associate vice chancellor of alumni relations. “Senator Rowden and Judge Covington are passionate about the future of the University of Missouri. The entire Mizzou community wants them to know that we very much appreciate all that they have done to strengthen Missouri’s flagship university.”

A curator emerita of the University of Missouri Board of Curators, Covington has been engaged in all aspects of the entire university. She has volunteered in the MU Fellowships Office, assisting students as they prepare to apply for post-graduate scholarships. She also serves on the MU Campaign Cabinet and is a member of the Missouri 100. She received the Faculty-Alumni Award in 1995 and the Jefferson Club Quill Award in 2017. MU honored Covington with the Honorary Doctor of Laws degree in 2018.

“Missouri is a better state because of Judge Covington’s passion for both the law and higher education,” said Jeff Montgomery, chair of the Legislative Network Committee. “For more than 40 years, she has continuously given back to her alma mater by supporting new generations of alumni.”