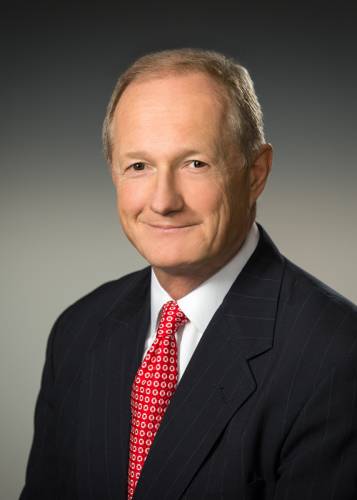 Gray, Ritter & Graham, P.C. attorney Don Downing, ’82, has been named a 2020 recipient of the Excellence in Agricultural Law Award from the American Agricultural Law Association. The AALA Awards Committee selected Don for his outstanding contributions to the legal profession and the agricultural community.

A native of Kennett, Mo., he has represented farmers in Missouri and throughout the country in numerous cases. Earlier this year he led negotiations of a $400 million settlement agreement on behalf of farmers in several states with Monsanto over crop damage caused by dicamba.

In 2018 had and the other co-lead counsel finalized a $1.51 billion settlement for U.S. corn farmers with Syngenta over GMO strains of corn.  It is believed to be the largest agriculture litigation settlement in U.S. history.

And in 2011, as court-appointed national co-lead plaintiff counsel for thousands of plaintiff cotton farmers and related businesses, Don led negotiations that resulted in a settlement of $750 million with Bayer over contaminated rice supply by Bayer’s genetically modified rice.  Additional payments to affected businesses brought the total settlement to over $1 billion.

The mission of the Topeka-based AALA is informing and engaging the law and policy professionals who serve all facets of the agricultural and food communities.