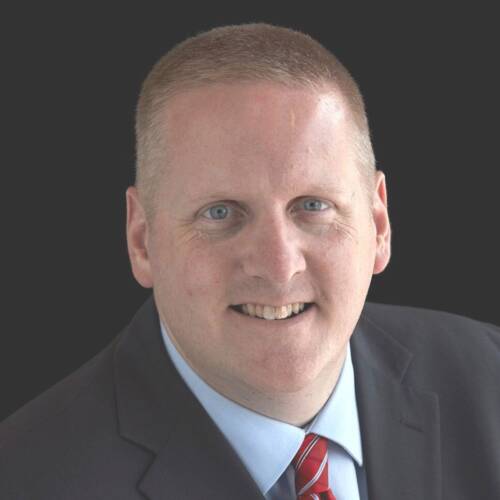 “Geoff will be instrumental in driving investment plans that reflect the character and rich culture of Kansas City’s diverse communities,” said Maurice A. Jones, LISC president and CEO. “Throughout his career, he has been remarkably successful in representing the interests of local residents on the national stage, while also working on the ground to make communities safe, healthy and strong.”

Before opening his own government affairs consulting firm in 2018, Jolley spent 13 years as district director and general counsel to Rep. Emanuel Cleaver, whose 5th congressional district spans Kansas City, Mo., as well as suburban and rural communities to the East.

Over the years, Jolley shepherded a wide range of policy efforts that proved critical—from a Green Impact Zone that attracted vital capital to the district’s urban core to coordinating housing, transportation and economic development programs with federal agencies to developing budget proposals that elevated the diverse priorities of constituents.

Prior to joining the congressman’s inaugural campaign in 2004, Jolley also worked with the Metropolitan Organization to Counter Sexual Assault, on behalf of the University of Missouri’s Family Violence Clinic, and served as a law clerk in the Missouri Attorney General’s Office.

“It is an exciting time in our region, but there is still work to be done,” said Jolley. “I am truly humbled by the opportunity to not only help drive a broadly shared prosperity for local residents—regardless of race, class, or zip code—but to leverage LISC’s national resources and expertise to advance our local plans.”

In addition to his public policy leadership, Jolley has spent more than a decade as a firefighter and EMT in Kansas City. He has responded to numerous natural disasters across the country as a rescue specialist with FEMA’s Missouri Task Force One, and had the unique experience of serving on the Antarctic Fire Department at McMurdo Station, a U.S. research hub on the world’s southern-most continent.