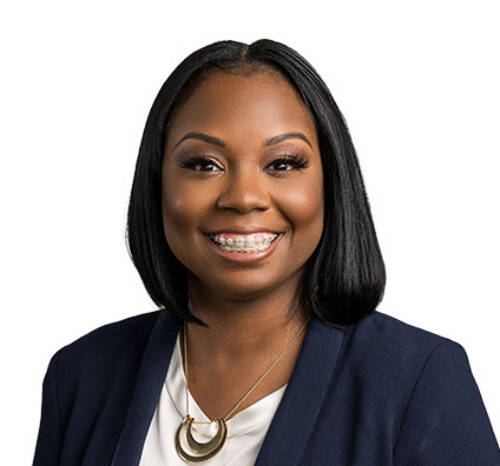 Hodges earned her J.D. from Mizzou Law and her B.S. in nursing from the University of Missouri-St. Louis. Before attending law school, she worked as a registered nurse at nationally-ranked hospitals in both St. Louis and Atlanta. Hodges received a 2019 Young Lawyers Division Award of Merit from the Bar Association of Metropolitan St. Louis and a 2016 Leaders of Tomorrow Award from Missouri Lawyers Weekly as part of its annual Women’s Justice Awards series.