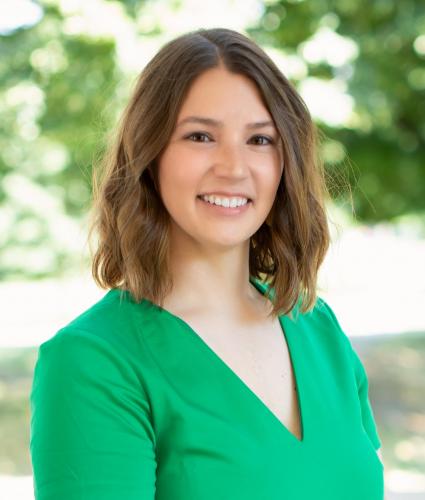 Katie Rooney, ’04, was appointed as the new Family Court Commissioner of Division 41 at a meeting of the Court en Banc in February 2021.

Rooney is presently with the law firm of Lathrop GPM. She handles the pro bono work for the firm and primarily represents parents in the Jackson County Family Court’s Treatment Program. In her five years with Lathrop, she was also appointed to represent juveniles in delinquency matters, and represent parents in termination of parental rights cases, and cases involving allegations of abuse and neglect.

Prior to her work representing defendants in juvenile matters, Rooney worked from 2006-2016 as an attorney for the Juvenile Officer in Jackson County. In that position, she represented the Juvenile Officer in arraignments, review hearings, permanency hearings, as well as felony and misdemeanor trials. Rooney also brings experience to the position from the Greene County Prosecuting Attorney’s Office, and the Office of the Guardian ad Litem in Jackson County.

“Katie Rooney is an experienced trial attorney who understands the concerns of all parties in a case, and who has devoted her legal career to matters involving juveniles,” said Presiding Judge J. Dale Youngs. “We are pleased that she will be joining the Jackson County Family Court as its newest commissioner.”

Rooney is actively involved in legal and civic organizations in the community. She is a member of the Jackson County Attorney Workgroup of the Casey Family Programs, which is a national organization that works with courts in finding new ways to approach juvenile matters. She serves as a board member of the Child Abuse Prevention Association (CAPA), the Children’s Emergency Fund, and the Junior League of Kansas City. She is also a member of the National Association of Counsel for Children, and the Association for Women Lawyers of Greater Kansas City.