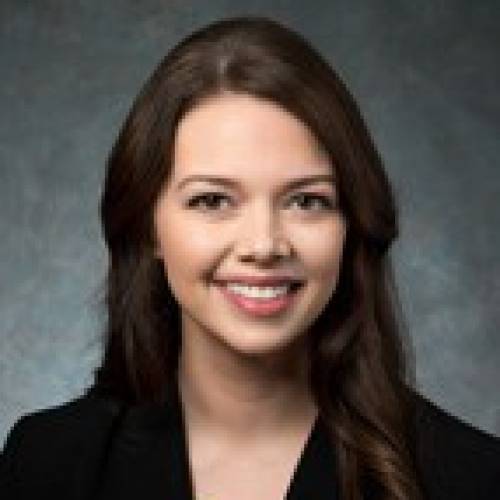 Kate Nolen, ’06, was among the 2019 Up & Coming Mentor Honorees recognized by Missouri Lawyers Weekly in October. Nolen, who is of counsel at Lathrop Gage, participates in the Denise Henning Connections Program in Kansas City. Operated in connection with the Association for Women Lawyers Foundation, Connections has featured classes of five mentors and five mentees who rotate among each other during a five-year-period.

Nolen was in the inaugural class in 2009 as a mentee. Starting in 2014, she became a mentor to a new five-year class of young women hungry for advice and camaraderie. After 10 years the program is now shifting to a three-year program in order to expand the number of available slots and reduce the time commitment.

Participants meet monthly, sometimes as a group, sometimes individually. Nolen says the structure of the program helps mentees to overcome the natural reluctance to seek advice.

“Sometimes those mentor relationships happen naturally, especially if an attorney is just outgoing and finds it very easy to ask for help and go to event,” she says. “But sometimes they don’t.”

Reflecting on her own experience, “As the (mentor) group continued to meet, these relationships grew, and these lifelong friendships started to form.” Adding, “I think that was Denise’s vision all along.”