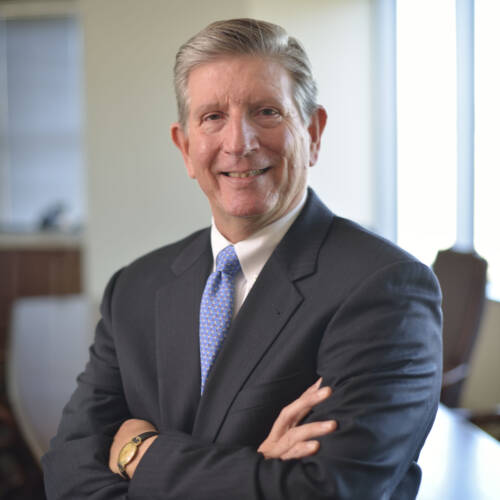 The award celebrates Dan Price’s life as an outstanding lawyer who devoted himself completely to any task he undertook. The recipient exemplifies the qualities of an accomplished legal writer and researcher, a talented and dedicated practicing lawyer, a servant of the profession as a volunteer and an advocate on its behalf. The recipient exhibits an unreserved commitment to clients and to the practice of law, and demonstrates dedication to the Bar and service to the public with the same commitment, dedication and zeal which defined Price’s life and work.

According to the Texas Bar Foundation: “As a stalwart of various bar associations and foundations in Texas, Mark Shank is well-known and respected by the broad legal community – including opposing counsel – in and out of the courtroom. He is known as a strategist, arbitrator, mediator, negotiator, and active member of his legal and civic communities in Texas, the region, and elsewhere in the U.S. Mr. Shank’s practice of nearly 40 years is focused on complex disputes, which he arbitrates, investigates, prosecutes, or defends as a neutral across the nation.”

Shank regularly serves as an arbitrator and mediator in business disputes, and is also regularly asked to serve as an independent investigator. He is Board Certified in Civil Trial Law and Labor and Employment Law by the Texas Board of Legal Specialization and is an arbitrator for the American Arbitration Association and other providers. He also helps his clients on both sides of the docket with difficult business problems, including departing employees, high-exposure contract claims, business disputes, trade secrets claims, employment discrimination, and retaliation cases. He has deep experience with cases involving covenants not to compete, confidentiality and trade secrets, and he regularly represents clients in disputes and transactions involving executive compensation and related issues.

Shank lectures often on current arbitration, business, employment and trade secret issues, and is a prolific author, including the definitive book on Texas law as it treats departing employees. Outside of work, he is a nationally competitive barefoot water skier.

Shank will be publicly recognized at the Texas Bar Foundation Annual Dinner held on June 22, 2018, in Houston.