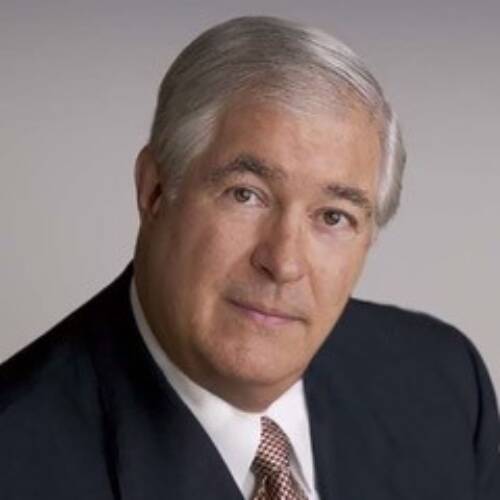 Polsinelli Shareholder Kenneth H. Suelthaus has been named a 2019 Icon Award recipient by Missouri Lawyers Media. He is among a list of 27 esteemed Missouri attorneys being honored, each of whom has achieved notable, sustained success and leadership within the field of law. The 2019 recipients include founding partners, judges and public officials. Their accomplishments were celebrated at the annual Icon Award luncheon at the Missouri Athletic Club.

“Ken has enjoyed a distinguished career spanning nearly five decades,” Jane Arnold, managing partner of the St. Louis office of Polsinelli said. “He has been an integral part of Polsinelli’s national growth and expansion during the past 15 years, an evolution which began with the merger between his namesake firm, Suelthaus, and Polsinelli, Shalton and Welte in 2004. This created the foundation on which today’s national Polsinelli firm was built.”

During his lengthy career, Suelthaus has played an indispensable role in numerous business transactions by guiding executives through the acquisition, disposition and reorganization of a variety of business entities, in particular many of the region’s most significant banks and bank-holding companies. He has successfully represented clients in a number of contests for control by shareholders and directors, both offensively and defensively.

The Icon Awards are presented annually to distinguished men and women attorneys age 60 and older in recognition of their exemplary careers and longstanding commitment to the Missouri legal community. This honor is the latest addition to the expansive list of distinctions, awards and milestones which Suelthaus has earned throughout his career.

He is an elected member of the American Law Institute and a fellow of the American Bar Foundation. In 2016 and again in 2018, he was named “Lawyer of the Year” for Financial Services Regulation Law in the Greater St. Louis area by Best Lawyers in America, a publication in which he has been annually listed since 1995. In 2005, Suelthaus received The Missouri Bar President’s Award, the organization’s highest honor for his dedication to advancing the field of law. He is also a recipient of the University of Missouri-Columbia School of Law Citation of Merit, as well as a prestigious Faculty Alumni Award from the University of Missouri

In addition to his dedication to the field of law, Suelthaus has helped to shape the St. Louis region through his leadership and community service. Ken served as chairman of the board of The Foundation for Barnes-Jewish Hospital, as well as serving as a director of Barnes-Jewish Hospital. From 2010 until 2015, he served on the Missouri Highways and Transportation Commission. He is also a former trustee of the Missouri Department of Transportation and Missouri Highway Patrol Employees’ Retirement System. He was one of the founding members of the Regional Business Council and is a former director of the St. Louis Regional Chamber and Growth Association.