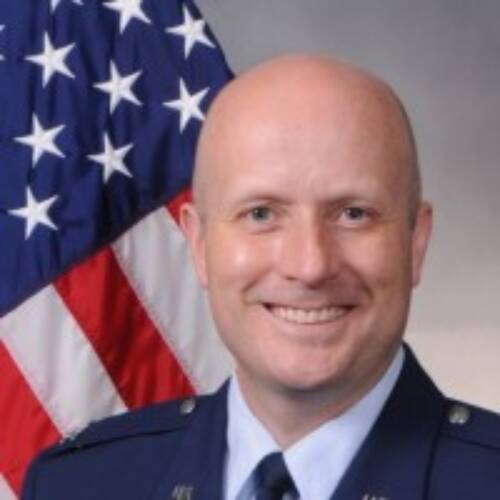 Col. Bryan Watson, ’96, was honored as a Distinguished Alumni at Mizzou’s 39th Annual Arts & Science Banquet. Watson earned a BA in geography and political science in 1993, before entering the law school.

Watson is the chief trial judge and commandant (dean) of the U.S. Air Force JAG School. While he was on campus in February 2020, he spoke to MU law students in an event sponsored by the Veterans Clinic. He also spoke to undergrads in the Department of Geography about how geography helped him in his career with the U.S. Air Force and as general counsel of the White House Military Office.