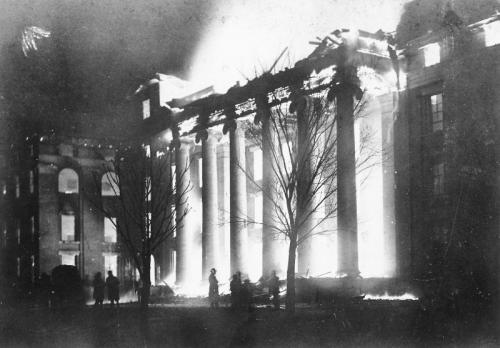 During the evening of Saturday, January 9, 1892, a fire broke out on the east end of Academic Hall. By midnight, the fire had consumed the entire building. Because the rooms that housed the department of law were located at the west end of Academic Hall, most of the law library’s collection was rescued before the fire spread to the west end of the building. Classes resumed at the Boone County Courthouse the following Tuesday.