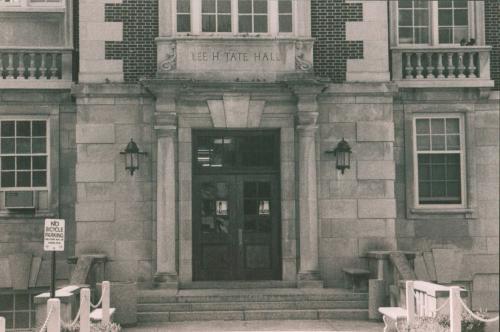 As the law school continued to grow in size, plans for an addition to Tate Hall were drafted in 1958. The Mizzou law faculty approved these plans, which included a combination courtroom, classroom, and auditorium located on the ground floor. The second and third floors featured conference rooms, offices for the deans and faculty, additional space for the library collection, and another classroom. The fourth floor was left purposefully incomplete. When the addition to Tate Hall was finished in 1960, nearly everything had been built according to plan. Without notice to the faculty, the architects included large posts in a space intended to be a classroom, rendering it impossible for the room to be used for its original purpose.