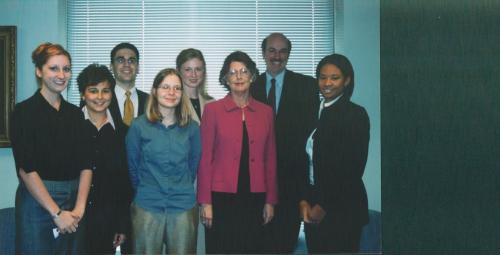 Ann Kettering Covington, Mizzou Law class of 1977, was the first woman to be appointed to the Missouri Court of Appeals as a judge. Shortly after this, she was appointed as the first woman to the Supreme Court of Missouri, where she served from 1989 to 2001. She served a two-year term during this period as the Court’s Chief Justice from 1993 to 1995.