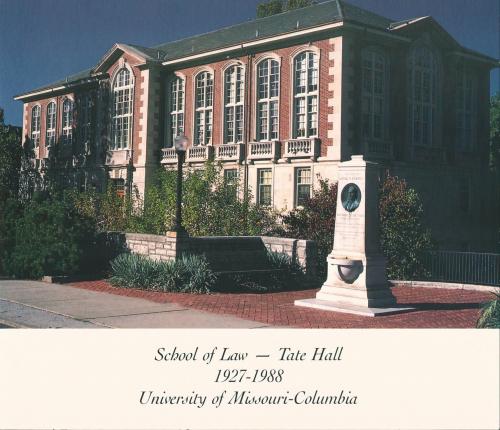 By 1926, 146 students were enrolled in the School of Law and the law library had a collection of over 25,000 books. It was clear that the school had outgrown the Law Barn.

To remedy this, Mr. and Mrs. Frank R. Tate offered to pay for half of the cost of a new building. This building was to be named after their son, Lee Harry Tate, who had graduated from the school of law in 1913 and died young following his honorable service in the Navy during World War I. The school of law moved to Tate Hall in 1927, where it would stay until 1988.