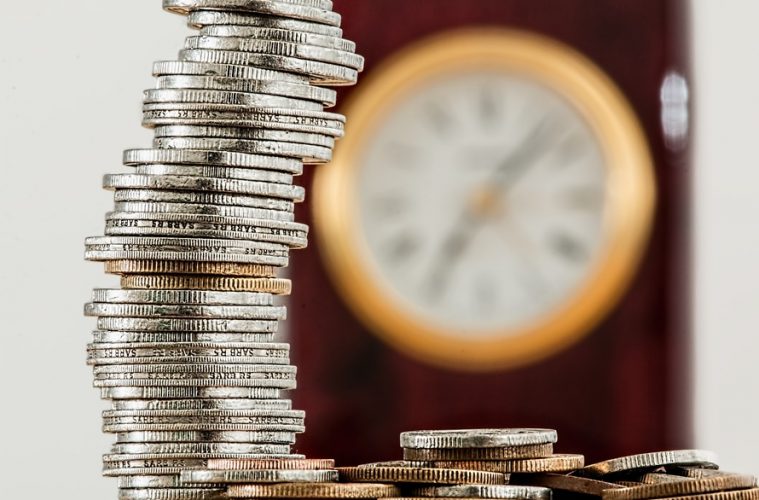 Disciplinary Remedies Revisited: Who Pays for the Time of the Grievance/Arbitration Process?

As a participant in the National Academy of Arbitrators (NAA) Fall Education Conference, Professor Howard G.  Foster (Member, National Academy of Arbitrators and Professor Emeritus, University at Buffalo School of Management), made the remarks that follow, describing past NAA papers and presentations on the thorny issue of back pay in disciplinary cases.  The review of past papers served as an introduction to a presentation by Professor Stephen Befort (University of Minnesota Law School) on the findings of a recent study of a large number of discharge arbitration awards in Minnesota.

“The topic of this session is the determination of a remedy in discharge cases where the grievant is found by the Arbitrator to have engaged in misconduct warranting significant discipline but not discharge. The Academy has visited this subject before, but not quite in the way we frame it here, that is, in terms of allocating the responsibility for losses. We posit that in these cases the losses suffered by the grievant are attributable in part to his or her misconduct, in part to the employer’s overreaction to that misconduct, and in part – often in large part – to the time consumed by the grievance-and-arbitration process. This last factor is a source of loss that is conceptually distinct from either the misconduct or the overreaction, and the question arises as to how this portion of the loss should be allocated. My role here is to set the stage by briefly reviewing the previous treatments of the topic at Academy meetings.

As noted, this is certainly not a new topic generally for the Academy. In 1969, Dallas Jones, who would later become President of the organization, delivered a paper titled “Ramifications of Back-Pay Awards in Discharge Cases.” Among other things, the paper analyzed all 665 awards reported in 10 volumes of BNA’s Labor Arbitration Reports. Of the 358 cases where reinstatement was ordered, 48 percent provided no back pay and 23 percent partial back pay.  Interestingly, 70 percent of all the cases were decided within six months of the discharge, and half of them within four months. Most of the partial-back-pay awards were rendered quickly, leading Jones to speculate “that the probability of a partial-back-pay award is somewhat greater if the case is heard soon after discharge.” He also mentioned the proposition that employers may actually delay the case because arbitrators are reluctant to award large back-pay sums, so with a long delay any reinstatement is more likely to be without back pay. Jones was skeptical of this thesis, but he did opine that “the most that can be said is that some cases in which no back pay was awarded might have carried partial-back-pay awards if heard sooner.” In any event, he pointed out that “the typical case before the arbitrator today is not one of guilt as such, but is one dealing with the reasonableness of the penalty. The appropriate remedy thus becomes the critical decision that the arbitrator has to make.”

Perhaps the most important of Jones’s observations for our purposes is the difficulty of discerning the arbitrator’s reasoning in determining a remedy. He notes that in many cases of reinstatement without back pay the basis was simply a belief, “based on some unknown standard of fair play,” that the grievant should have another chance. In addition, the rationale for the formula used in partial-back-pay cases is often not discernible. Indeed, many awards of reinstatement without back pay provided no explanation at all. Jones concludes with the usual injunction of academics (he was a Professor at the University of Michigan) that “the need for research in this area is clear,” and that we need to know more concerning the thought processes of the arbitrator.” However, nearly 50 years later, it’s not clear that we do.

Jones’s paper in the 1969 Proceedings is followed by the ruminations of Academy member Patrick Fisher, who admitted he had no answers but lots of questions. An interesting question for our purposes was, “If extensive delay in getting a case to arbitration is the fault of the union, should it be directed to pay part of the back pay? But on the broader question of whether you should hesitate to award back pay for a long period of time because the grievant should not be rewarded for his misconduct, he punts, suggesting as an alternative that the parties agree on a formula for computing back pay in the event of reinstatement.

The 1979 Proceedings included a discussion by two advocates on “The Discipline and Discharge Case: Two Devil’s Advocates on What Arbitrators Are Doing Wrong.” The Union-side advocate complained about reinstatement-without-back-pay awards:

If an arbitrator agrees that a penalty is too harsh, but misconduct by the employee warrants some discipline . . . the arbitrator must, in fact, fashion a penalty. That obligation is too often honored in the breach. It is patently arbitrary and unreasonable to assume that the proper penalty exactly coincides with the length of time between the discipline and the arbitrator’s award. The arbitrator should be accountable for his assessment of a penalty less than discharge. He should articulate reasons for it. You have been extremely lax in this area.

Commenting on the advocates’ remarks was another Academy President, William Fallon, who noted that management attorneys also sometimes complain that this remedy is a “knee-jerk reaction” or a “splitting the pie hedge.” Fallon argued “that there are circumstances in close cases where this is a most appropriate remedy,” especially where the period of time is relatively short and but for mitigating circumstances the discharge would be sustained. However, he went on, the justice of such awards varies inversely with the amount of time between the misconduct and the decision. If the period is long, he said, “it is hard to imagine what act of misbehavior an employee could have engaged in that would warrant the equivalent of a year’s suspension, but not discharge.” He went on to cite examples of how arbitrators “are guilty of allowing inconsistencies in the differential impact of the reinstatement-without-back-pay remedy to appear, because there is substantial variation in the time it currently takes discharge cases to get to hearing.” As for the justification that such awards are appropriate to avoid rewarding the employee for misconduct, he called it “attempted alchemy” and “a cop-out,” since it would be the rare employee who would consider a partial-back-pay award a victory. Once it is determined that discharge does not fit the crime, it is imperative that the arbitrator’s finding of appropriate discipline does fit the crime. In addition to urging arbitrators to accept their responsibility by imposing “what would have been appropriate and meaningful discipline at the time of the incident,” Fallon had suggestions for the parties, including the proposing of remedies in the course of hearings.

In 2006, Richard Mittenthal and David Vaughn delivered a paper titled, “Working at the Margins of Just Cause: The Never-Ending Dispute Over Arbitral Discretion on the Discharge Penalty.” In a section of the paper titled “Special Problem,” the authors confront the back-pay dilemma in the well-aged arbitration case. They differentiate the “purists” – those who would award back pay beyond a fixed suspension, thus “rewarding the employee with a windfall of many months of back pay” – from the “pragmatists” – those who would reinstate without back pay, thus imposing a suspension far longer than anything that could have been justified in the first instance. They note that arbitrators must choose among unsatisfactory extremes or some middle ground that, while appealing to our rough sense of justice, defies rationale. The problem is exacerbated by the fact that the parties almost never offer any explanation for the delay in bringing the matter to arbitration, and the authors acknowledge that it would be unwise for the arbitrator to do so. One solution, suggested by Arbitrator Dallas Young (1985 Proceedings), might be for the arbitrator to remand the remedy issue to the parties and, barring settlement, instruct them to submit their “best offers,” one of which the arbitrator will choose.

In the 2009 Proceedings Dick Mittenthal returned to the subject in a paper titled “Impact of Delay in Determining Back Pay.” The parties’ delay, he observed, is an enemy of sound remedies in discharge cases, since either the union will object to the suspension being too long or the employer will object to the back pay being too large. Mittenthal suggested that there are several possible solutions to this conundrum. One is to have a “frank discussion” with the parties’ representatives that may produce a settlement or “some alternative device for finding an appropriate remedy.” Another is for the arbitrator to attempt to find out who was responsible for the delay and factor that into the remedy, although Mittenthal acknowledges that this inquiry might well produce “additional discord.” A third is the aforementioned remand with a final-offer decision if necessary. And a fourth is to factor in “the personal traits of the grievant,” apparently giving more back pay to the more sympathetic character.

The most recent appearance of our topic is in the 2014 Proceedings, from a panel and audience discussion of “The Advocates’ Views of Unusual and Not-So-Unusual Remedies.” One of the scenarios addressed by the panel posits a discharge and reinstatement without back pay more than two years later, and several Academy members weighed in. Susan Brown argued that “reinstatement without back pay and a suspension are two very different things.” “If there’s been misconduct,” she said, “the length of an appropriate suspension should be determined. Beyond that, the loss due to delay is a separate issue that should be briefed.” She further noted that “if I order reinstatement with no back pay I am very specific about why there is no back pay, and not that it’s a suspension of whatever length he happened to be out.”

Joan Dolan objected to the differentiation of arbitrators between “deciders” and “splitters.” She argued that reinstatement without back pay or partial back pay “is one of the best safety valves we have and often enables us to do something that really is justice.” Because there are all kinds of things that happen which are not reinstatement or nothing, she said: “Reinstatement without back pay to me is a decision; it’s not a split. It’s a decision that the employee has done something seriously wrong but not seriously wrong enough to lose his job entirely. I have never split a case in 30 years, but I have made that decision any number of times.”

At that same session yours truly asked whether it was the experience of other arbitrators that the parties seldom make a record of why the case took so long to get to arbitration, and whether arbitrators ever ask the parties to make such a record. The moderator put the question to the audience, and then, according to the Proceedings, said, “Well okay, interesting.” I wish I could remember what was interesting, but alas I can’t.

So here we are. What may be different now is that we actually have some data.[Prof. Foster referred here to a book published in 2015 entitled More Than We Have Ever Known Known About Discipline in Labor Arbitration: An Empirical Study, by Mario Bognanno, Laura Cooper and Stephen Befort (Vandeplas 2015).] The questions to be explored are: who pays, and who should pay, for the time it takes to get a resolution of the grievance?”