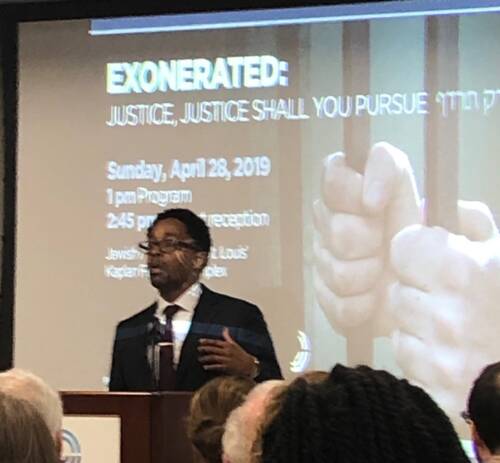 On April 28, an audience of more than 150 people heard the compelling stories of two Midwest Innocence Project clients, Rodney Lincoln and Lamont McIntyre and their long fight for freedom. Combined Lincoln and McIntyre spent 59 years in prison for crimes they never committed.

Lincoln and McIntyre told their stories as part of an event by the Jewish Federation of St. Louis’ Professional Society and the Jewish Community Relations Council sharing the work of MU and UMKC law students in the MU/UMKC innocence clinics.

Bell described the steps he has already taken to improve the fairness and transparency of his office. He pledged to work with others to address the causes of wrongful convictions and minimize the conviction of the innocent.

Those in attendance not only learned about valuable experiences gained by students in the clinic as they investigate cases of possible innocence of convicted inmates, but also of the systemic causes of wrongful convictions. They also learned more about the partnership between the clinics and the Midwest Innocence Project and the challenges involved in trying to overturn a wrongful conviction and free a person wrongly convicted.

During the question and answer period, several in the audience used their time to apologize to Lincoln and McIntyre. 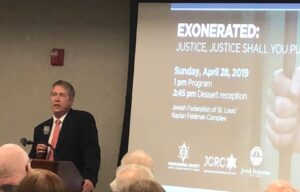 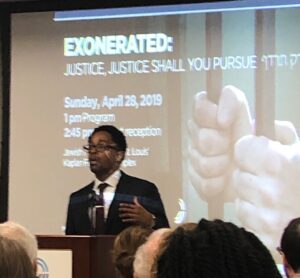