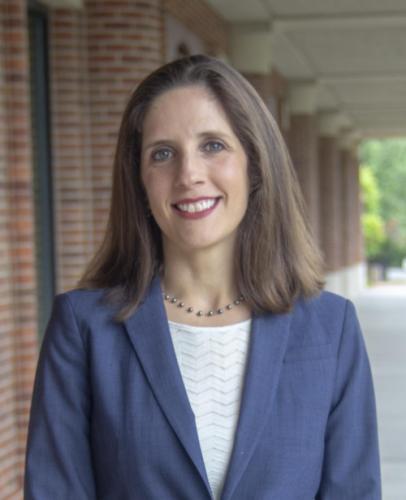 After U.S. Supreme Court Justice Stephen Breyer’s retirement this summer, legal experts and analysts across the country have reflected on Breyer’s legacy of pragmatic and thoughtful leadership.

Haley Proctor, a faculty fellow at Mizzou Law and the MU Kinder Institute for Constitutional Democracy, had the opportunity to collaborate with long-time mentor and retired federal circuit judge Thomas Griffith on an article for the Yale Law Journal Forum.

The article, which was published in late November, tracks the past, present and future of the Major Questions Doctrine and its relationship to Justice Breyer’s jurisprudence.

“The Major Questions Doctrine first emerged right before Justice Breyer joined the court, but the court didn’t recognize it by name until his final term,” Proctor said. “It takes its name from an article Justice Breyer wrote.”

The Major Questions Doctrine, according to Proctor, started out as a way of dealing with ambiguous statutes.

“Statutes communicate rules with words, and human language is necessarily fallible,” Proctor said. “Sometimes the statute doesn’t speak to an issue, or the statute speaks to it in a way that’s unclear, or with words that mean more than one thing.”

Courts often defer to agencies when the statute is unclear, but the Major Questions Doctrine creates a presumption that Congress did not give agencies the power to decide “major questions.”  Proctor explains that “major questions” are generally taken to mean matters of significant economic or political significance.

One example of the Major Questions Doctrine Griffith and Proctor cite in their article is a recent case: West Virginia v. Environmental Protection Agency. This summer, during the last day of Justice Breyer’s tenure on the bench, the Supreme Court restricted the EPA’s power to regulate commercial emissions.

The court explained that the political and economic consequences of the EPA’s emissions regulations were significant and therefore that EPA needed a clearer delegation from Congress before it could promulgate them.

Justice Breyer joined the dissent against his brainchild.

The article, which is available on the Yale Law Journal Forum, is one part of a collection put together by the Journal to honor Justice Breyer’s legacy as a judge and an academic.