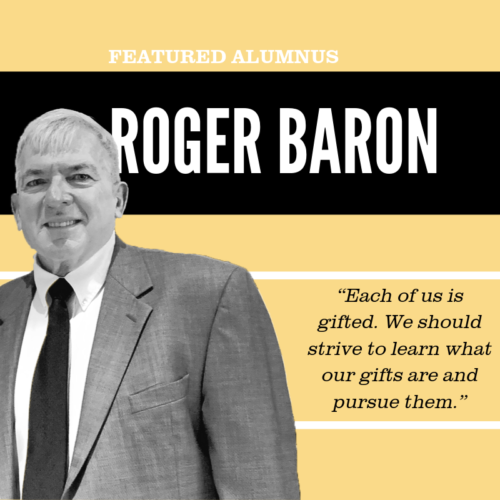 Roger Baron was born in raised in Jefferson City, Missouri and graduated from the University of Missouri School of Law in 1976. Fresh out of school, he began his career working as a staff attorney with the Missouri Public Service Commission back in his home town.

After practicing in Missouri for nine years, Baron decided to move to Texas where he kicked off his teaching career with the South Texas College of Law in Houston. As a professor, his focuses included civil procedure, insurance and family law. After five years in Houston, during which he was promoted from Assistant Professor to Associate Professor, Baron decided it was time to move on.

“Next, I took a teaching job at the University of South Dakota School of Law in 1990.  I was promoted to Full Professor and awarded tenure in 1993,” Baron said. “After teaching 25 years in South Dakota, I retired from teaching in 2015 and was awarded the title of Professor Emeritus.”

Baron’s accomplishments, however, do not stop there. After retiring from the University of South Dakota, he continued to establish a niche in ERISA reimbursement and subrogation matters. He has written a multitude of law review articles on the subject and has been invited to speak at seminars across the country.

“I learned that the ‘new frontier’ for this area of the law was to be found in ERISA and the litigation related to ERISA health plans seeking reimbursement for medical bills,” Baron said. “In the year 2000 I was asked to assist in a U.S. Supreme Court case and also asked to assist Congress in working on legislative reform for ERISA – work on the Patient’s Bill of Rights as it was being formulated in the U.S. Senate.”

This work has led Baron to participate in multiple U.S. Supreme Court cases involving ERISA. Including Sereboff v. Mid Atlantic Medical Services, Inc. and Wal-Mart v Shank. Most recently, his ERISA work brought him to Honolulu, Hawaii where he assisted in a case to uphold Hawaii ERISA legislation in a challenge brought to the 9th Circuit Court of Appeals. On September 11, 2019, the court ruled unanimously in favor of the existing subrogation law.

Throughout his career, Baron says he has sought advice from former professors and classmates from his time at Mizzou. Former professor William Knox, as well as a classmate and lifelong friend Ken Dean, have served as mentors over the years.

“The professors at Mizzou Law School provided ongoing assistance to me at various stages of my career,” Baron said. “They never hesitated to assist me when I asked.”

For current students and recent graduates of Mizzou Law seeking advice, Baron suggests taking a minute to think about their skills and passions.

“Each of us is ‘gifted’,” Baron said. “We should strive to learn what our ‘gifts’ are and pursue them.”