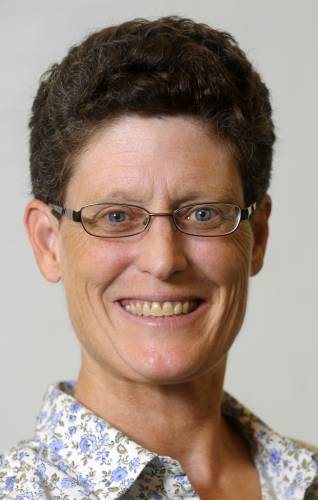 Long before attending Mizzou Law, Janet Thompson, JD ‘84, LLM ’02, called Boone County home. Although she was born in Ann Arbor, Mich., Thompson moved to Columbia as a young girl when her father was recruited to lead the Urology Department at the University of Missouri School of Medicine. She remained in Columbia for all of her studies, earning a bachelor’s, master’s, JD and LLM all from the University of Missouri.

“Although I don’t practice law, legal issues permeate our work on the Commission, and it is the best foundation for our work that I can imagine,” Thompson said. “I am still doing some work as an arbitrator for FINRA, typically doing a couple of arbitrations each year.”

Before becoming a county commissioner, Thompson spent many years as an assistant public defender. She has also served as a disciplinary hearing officer for The Missouri Bar.

“I was fortunate to work in the Missouri Public Defender System for 25 years and, while there, had some interesting cases that allowed me to practice routinely before the Missouri Supreme Court, where I was able to get good results for some of my clients who were under a death sentence,” Thompson said.

For Thompson, Mizzou Law was a no-brainer. She knew she wanted to practice in Missouri and believed that MU would provide her the best preparation for that career path. As a student, her favorite experiences came from the Board of Advocates and classes taught by friend and mentor, the late Jim Devine.

“I received a terrific foundation at MU and felt the confidence of my professors behind me as I began my work,” Thompson said. “I clerked for the Hon. David J. Dixon, on the Court of Appeals in Kansas City. Judge Dixon, an MU grad, always hired his law clerks from MU, and I was fortunate to have been chosen for that year. I consider Judge Dixon to have been one of the most important people in my professional life.”

In her free time, Thompson says she loves to ride her horses, read, travel, bake and find new projects. She is currently running for a third term as County Commissioner. Her alternative plan is to venture to Spain to walk the Pilgrim’s Road to Santiago.

For current and prospective Mizzou Law students, Thompson advises to “make the investment in yourself. Do it. You will never regret it.”