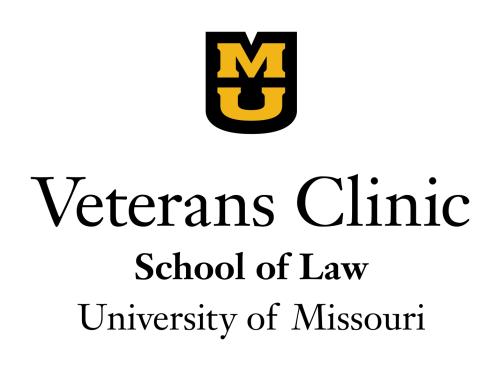 The University of Missouri School of Law Veterans Clinic recently surpassed more than $10 million in disability benefits returned for its clients. The clinic, which opened in 2014, is staffed by Mizzou law students under the supervision of lawyers specializing in veteran law. The Veterans Clinic team appeals denied benefits cases to the U.S. Department of Veterans Affairs, a lengthy process that takes an average of five years.

Angela Drake is director of the Veterans Clinic, which has assisted more than 600 veteran clients. She said an important part of the clinic’s success is the commitment of students to provide high-quality representation at no cost to veterans.

“We have passionate law students who are motivated to run down the evidence and get the necessary medical opinions that connect the dots,” Drake said. “We put the puzzle together so it’s hard for claims to be denied.”

Carter Templeton is a third-year law student who first worked at the clinic for a class and then stayed on as a student staff member. He said the Veterans Clinic provides hands-on experience and the opportunity to work for a good cause.

“I’m learning veterans law while also operating in a law firm-like atmosphere,” said Templeton. “It’s instilling in a lot of future lawyers the importance of pro bono work and the value of helping out while still at Mizzou.”

One of those veterans is Phillip Bacon, a retired Army Reservist and member of the Missouri National Guard. During his eight years of service, Bacon was frequently deployed around the country and throughout the Persian Gulf. After receiving a medical discharge, he was slated to receive only a fraction of the benefits for which he was eligible. After several unsuccessful appeals, Bacon reached out to the Veterans Clinic at the suggestion of a friend and fellow veteran.

“My experience with them has been phenomenal,” Bacon said. “I went to the Veterans Clinic primarily because of a service-related injury that really showed itself in recent years. I knew I needed them in my corner to explain to the V.A. how this happened.”

The Veterans Clinic began working with Bacon in 2019. After their appeal, Bacon received 70% of the benefits he was seeking, before finally receiving 100% compensation after subsequent efforts. He is now seeking back-benefits, which he plans to donate to the Veterans Clinic.

“The Veterans Clinic is ensuring that veterans want to stay here in Missouri,” said Bacon. “It’s massively important because what they’re doing is unlike anyone else. It’s beneficial for individuals who were in the military and it’s important for everyone to know that Mizzou is friendly to veterans.”