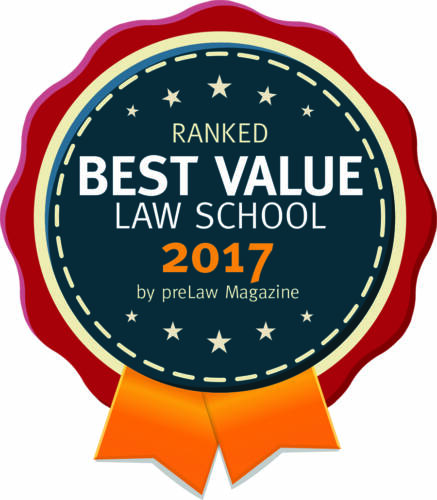 The School of Law has been recognized as one of nation’s best values by The National Jurist and preLaw Magazine. The magazines, leading news sources in legal education, listed Mizzou Law in the top 15 percent of all U.S. law schools for value it provides in their fall 2017 issues.

The rankings are designed to recognize schools with successful alumni who graduate with modest amounts of debt. MU’s placement is based on a several factors, including the percentage of graduates who pass the bar, cost of tuition, cost of living, employment rate and average amount of debt upon graduation.

Since 1872, Mizzou Law has produced well-rounded lawyers by offering them accessible, affordable legal education. In July 2017, Mizzou Law alumni taking the Missouri Bar Exam for the first time passed at a rate of 90.0 percent.

Graduates of the law school are trained to be sensitive to ethical issues, prepared to serve clients and ready to be leaders in promoting justice for the State of Missouri and the nation. They practice throughout Missouri, in 50 states and in 22 countries around the world.