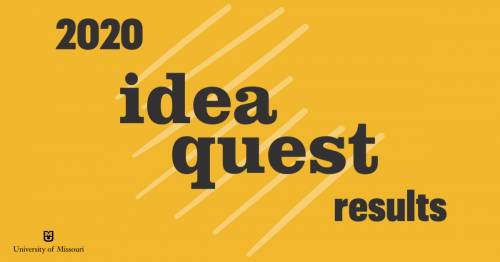 Two Mizzou Law students placed in the top 9 of Mizzou’s new student competition, Idea Quest, last November. Georgi Gnibus, 1L, and Matthew Pathiyil, 3L, developed an elevator pitch and presented their ideas to a panel of entrepreneurs to compete for $10,000 in seed funding.

Idea Quest (IQ) is sponsored by Veterans United Home Loans and is one of the several programs now offered through the Innovators Nexus at the MU Student Center. IQ participants could come from any campus within the University of Missouri System and could submit ideas in any stage development from a new idea to a small business that already has consumers.

Gnibus, who pitched her sustainable fashion brand, Rad by Design, won $1,447 in seed funding from IQ. She transforms used clothing into one-of-a-kind tops, jackets, skirts, bags and more. Gnibus began selling her clothes at street fairs and other in-person events but recently began selling her clothing creations on Instagram at @rad.by.design. 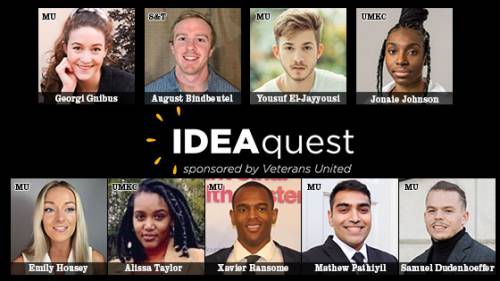 Gnibus, who is originally from San Diego, earned her BS in psychology from Mizzou before starting law school in August 2020. Beyond law school and running her business Gnibus also serves as a law school student ambassador.

Pathiyil pitched an equity online investment app, CloutMarket. The app would connect social media content creators directly to their audience by allowing fans to invest in their favorite creator’s brand and business ventures. Pathiyil was named as one of the finalists but did not receive significant funding from IQ.

Pathiyil graduated from St. Louis University with a BA in economics and a minor in theology. He started at Mizzou Law in 2018 and has been apart of the Entrepreneurship Legal Clinic, South Africa Study Abroad Program and the Tax and Transactional Law Society.