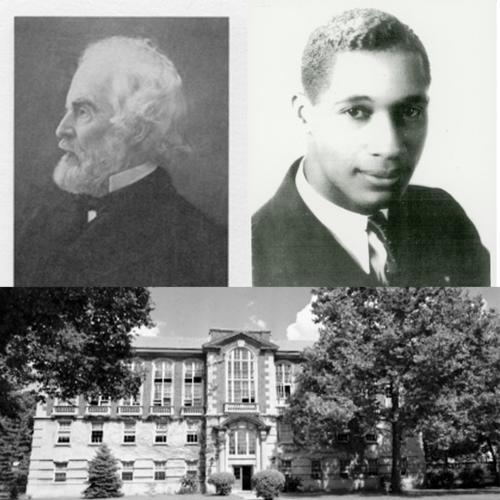 To honor its rich tradition of excellent legal education over its 150 years of existence, Mizzou Law is proud to launch its newest project, the Mizzou Law Trailblazers timeline.

The timeline honors dozens of “trailblazers” throughout the school’s past and present who achieved amazing things and are continuing to make an impact; it also highlights several notable events in Mizzou Law’s long history.

The timeline is the brainchild of Professor S. David Mitchell and law librarian Cindy Bassett. The project was inspired by a law student mentioning that students who attend the law school that denied admission to Lloyd Gaines should be acutely aware of that fact.

From there, the project expanded into a timeline dedicated to recognizing not only Lloyd Gaines but the many other important historical and contemporary figures in Mizzou Law’s history.

Research for the project comes from the Mizzou Law Scholarship Repository, especially The Transcript, the Law Barn, and the Gaines Collection as well as several third-party sources. Bassett encourages those interested in law school history to use those sources for further research.

Bassett credits law students Kara Luechtefeld and Victoria Mantel for putting the project together, from researching events to creating the timeline itself.

Luechtefeld says that creating the timeline provided a great opportunity to deep dive into parts of the law school’s past she had skimmed over before.

“I think the most surprising thing was learning more about the Lloyd Gaines story,” Luechtefeld said. “I had heard of Lloyd Gaines before, but I never really knew the entire story. The lengths that he went to in order to go to law school were crazy to me— his resilience and advocacy was so impactful and so impressive.”

Other especially noteworthy points include the first female graduate (Carey May Carroll, 1896) and the first Black graduate (Harold Holliday, 1968), as well as some leadership firsts, such as the first female students and students of color to have held editorial positions on all three of Mizzou’s law review journals.

Professor Mitchell hopes viewers will look at the project as a whole work, rather than a collection of separate events.

“What the timeline does is put the law school’s history in perspective— what has been accomplished and what is still to be accomplished. I can’t believe that it’s just now that we’re having some of these firsts— just recently, in 2017, we had the first female dean,” said Professor Mitchell. “Students need to be aware of the full history of inclusion— and exclusion— as well as those accomplishments and achievements.”

As Mizzou Law celebrates its 150th anniversary this year, Professor Mitchell and Cindy Bassett are looking to the future.

“One sub-committee of the Diversity, Wellness and Climate Committee is looking at visual representation— things like the portraits around the school. Looking at who is reflected on the walls,” said Professor Mitchell. “When students, staff and visitors walk through the building, what does our physical space project as to who we are, and who we can be?”

More broadly, both Professor Mitchell and Cindy Bassett hope that the law school will become a more diverse space in the next 150 years. They hope to see more students and faculty of color, first-generation students and LGBTQIA students, and further social justice programming and initiatives.

The timeline is now live on the Law School website, and can be found at: https://law.missouri.edu/trailblazers

The Trailblazers timeline project team hopes viewers will walk away from viewing the timeline with an understanding of where the law school has been and hope for all it can accomplish in the future.