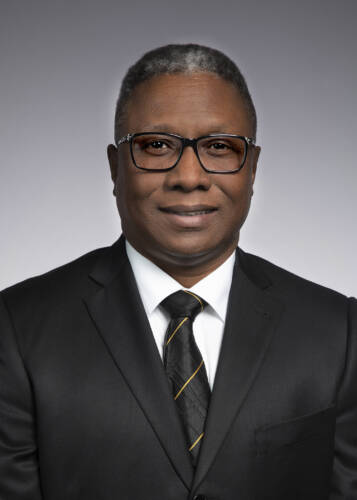 Professor Mitchell is an interdisciplinary scholar. He examines the criminal justice system using a sociological lens specifically focusing on the collateral consequences of sentencing; ex-offender reentry and reintegration; and felon disenfranchisement. His other scholarship includes articles on zero-tolerance policies; and the retroactive application of laws. He has served on numerous academic and public panels and been interviewed and quoted in a variety of news outlets.

He is a member of the American Law Institute. He is a member of the Missouri State Advisory Committee to the U.S. Commission on Civil Rights, serving as Chair from 2016-2017, and has served as a Missouri Supreme Court Faculty Fellow. He has been recognized for his teaching and service as a recipient of the Gold Chalk Award; the Legion of Black Collegians Minority Faculty and Staff Appreciation Award; the 2014-2015 Lloyd L. Gaines Scholarship Banquet Honoree; the MU President’s Community Engagement Award; and the Missouri Lawyer’s Media Diversity and Inclusion Award. He was also recently inducted into the Rollins Society at the University of Missouri.