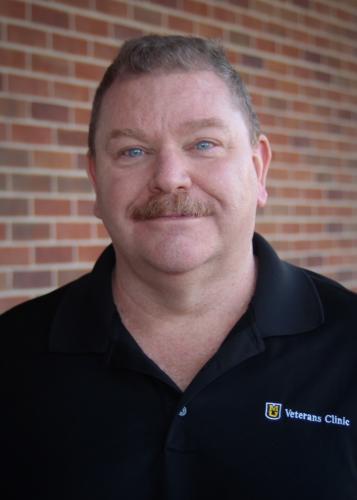 Eugene O’Loughlin is the Intake Coordinator and Veterans Benefits Specialist in the Veterans Clinic. He comes to the Veterans Clinic with 14 years’ experience as an Accredited Veterans Service Officer with the Missouri Veterans Commission, where he has assisted tens of thousands of Veterans with their claims for benefits. Over the years, he has been fortunate to work in an extremely busy office, which has exposed him to a great deal of Veterans and other claimants with a wide variety of needs. He has done his best at trying to meet those needs, even if it was outside the normal duties of a Veterans service officer. That willingness to help in any way, has not only allowed him to gain experience, but has also created a reputation of someone that is willing to do whatever he can to assist claimants.

Originally from New York, he is a father of 5, with the youngest two still residing with him in Centralia. Two of his children share an apartment with a couple of other friends here in Columbia. His eldest child lives with his former spouse.

Before being employed at the State of Missouri, Eugene worked at Home Depot in Columbia, MO, and in his native state of New York. He continues to enjoy completing projects around his house. He and his family moved to Missouri in 2003.