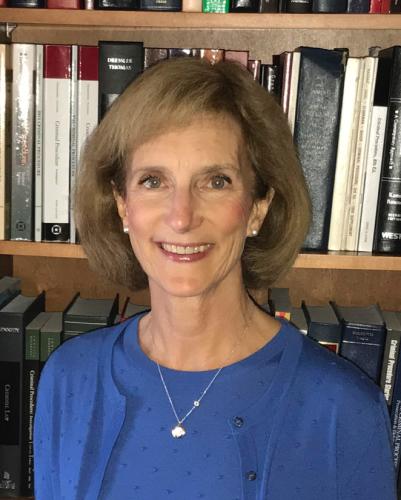 Lynn Branham’s expertise centers on restorative justice and practices as well as sentencing and correctional law and policy. Professor Branham has worked with people from all sectors of the criminal-justice system, including formerly incarcerated people, prosecutors, defense attorneys, judges, correctional officials, and law-enforcement officials. She has held numerous leadership positions in the American Bar Association, serving, for example, as a member of the Criminal Justice Section’s Council, Co-Executive Director of the Equal Justice Division, Chair and later Co-Chair of the Corrections Committee, and Chair of the Subcommittee on Effective Prison Oversight.  A member of the Commission on Accreditation for Corrections for sixteen years (fourteen as the ABA’s representative), she received the American Correctional Association’s Walter Dunbar Award for her efforts to improve the ACA accreditation process.

The primary focus of Professor Branham’s current research is on the integration of restorative justice and practices into criminal-justice systems and communities’ responses to crime and on according to victim-survivors a right of access to restorative justice. Her numerous publications also include casebooks and articles on correctional and sentencing law and policy as well as an article calling for desisting from using stigmatizing labels when referring to justice-involved people.

Professor Branham has provided training to federal judges and court staff at twenty-two workshops sponsored by the Federal Judicial Center, and she currently serves as the Chair of the Board of Trustees of the International Institute for Restorative Practices (IIRP). She received a bachelor’s degree from the University of Illinois, a JD from the University of Chicago Law School, and a master’s degree in restorative practices from the IIRP.