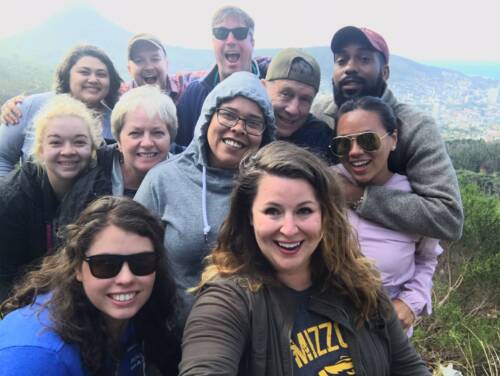 The globalization of the world economy has redefined the tools needed by today’s lawyer. This summer study abroad program provides American law students the opportunity to gain an international, multi-cultural perspective. Not only will they be exposed to one of the world’s most fascinating new democratic regimes in one of the world’s most vibrant, diverse cities, but they will interact with South African law students and professors from the University of the Western Cape.

We chose South Africa because of its unique role as the most developed country on the continent. The United States, the European Union and the multitude of NGOs are looking at South Africa as a political, economic, legal and social model for the continent. American lawyers and American law students interested in human rights or in international law will benefit by understanding South Africa’s unique legal system; a legal system that mixes a tradition of Roman-Civil Law and Common Law with the statutory and constitutional law that has developed since the post-apartheid government was formed in 1994.

Finally, Cape Town is one of the world’s most beautiful and dynamic cities. Our field trips will take you around Cape Town and the surrounding beautiful region.

Students will reside in De Waterkant, one of Cape Town’s trendiest neighborhoods, and will be transported daily to their classes at the University of the Western Cape. Field trips to the Cape of Good Hope, the Stellenbosch wine region, and other scenic and historic locales are included in the itinerary. Learn more about traveling to South Africa and the program details.