All classes are held in the law faculty building at UWC. The administrative offices for this program are also located in the same building.

This course will explore a number of critical issues that confront the criminal justice system of both South Africa and the United States. Specially, we will look at prison overcrowding, plea bargaining, the death penalty, the delivery of indigent defense services and sentencing policies. Not surprising, the legal system of each country faces common problems as each country struggles to provide fair and efficient procedures for coping with ever-increasing numbers of criminal cases. The course will examine the extent to which various factors including the structure of each system, history, culture, institutional developments and legal norms influence the systems handling of these issues.

Readings, lectures, videos and field trips in the Cape Town area will provide students from both countries a keen appreciation for the interplay between theory and practice in both systems. The Faculty will draw upon their experiences in their respective systems to highlight the similarities and differences in the administration of justice in each country. Students will gain a better understanding of the strengths and weaknesses of each system and of the difficulty of achieving meaningful reform in either country.

The overarching theme of the course is the relationship between law and morality. The major part of the course will cover classic jurisprudential questions about the nature of law: What are the criteria that a system of rules must meet to be a legal system? Do the criteria include moral criteria? Can an unjust system of rules count as a legal system? Does the law include some principles of morality or justice even though those principles were never enacted by a governmental body? We will consider these questions from the perspective of what judges do and what they should do: When judges decide hard cases, must they appeal to principles of justice and morality that are outside the law? How should they interpret grand clauses of the Constitution? If judges do have to appeal to moral principles, why should their interpretations of the Constitution take priority over our elected representatives?

Next, we turn to the perspective of legislators: When considering laws that restrict liberty, is it morally permissible for legislators in a constitutional democracy to invoke their own moral and religious views, or do they have a duty to consider only neutral principles that we share as citizens? Finally, we examine law and morality from the perspective of citizens: Is there a moral obligation to obey the law? Under what conditions is civil disobedience morally permissible? These questions will be addresses from both a South Africa and an American perspective to examine if the role of the judge and the duties of citizens differ depending on the constitution, history and culture of a country.

The South African Constitutional Court has also handed down several groundbreaking judgments on controversial legal issues such as the legally admissible scope of affirmative action, the need for the recognition of same-sex relationships, the admissible scope of hate speech regulation, the admissibility of criminally sanctioned religious practices, the limits of the right to family life and the limitation on the imposition of the death penalty. These cases will be compared and contrasted with cases from the United States Supreme Court dealing with similar issues. Students will be invited to analyze and contrast these judgments and will be required to reflect on the differences between these judgments with specific reference to the differences in the social, economic, political and cultural reality that exists in the United States and in South Africa.

Learn more about the tuition and fees and additional program information. 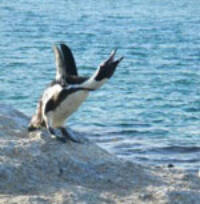 Transcripts: Non-MU students will need to request official transcripts online from the University of Missouri Registrar. Students will be expected to attend all class sessions and complete the required reading assignments. At the conclusion of each course, students must complete an exam. Grading will be done on a numbered scale with 100 being the highest possible grade. If you are a non-MU student, you will receive a number grade from the University of Missouri based on a 1-100 scale. You will need to check with your home school as to whether your number grade will be converted to a pass/fail grade or a letter grade at your school.