tap to close
Home › Mizzou Law at a Glance

Mizzou Law at a Glance 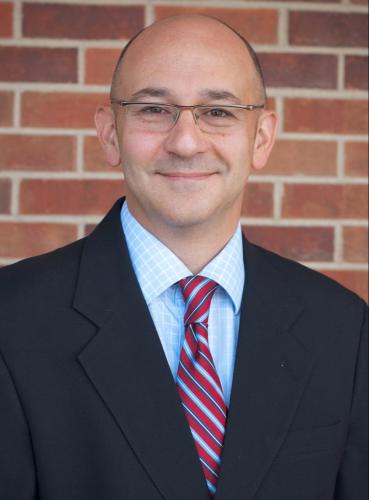 Paul Litton began as interim dean in July 2022. He joined the Mizzou faculty in 2006. He received a JD and PhD from the University of Pennsylvania, where he studied through the University’s Joint Program in Law and Philosophy and was awarded the Lynn Lukens Moore Prize in Jurisprudence by the Law School. He was law clerk to Chief Justice Deborah T. Poritz of the New Jersey Supreme Court, serving a second term as the Court’s death penalty law clerk. From 2004 to 2006 he was a fellow in the Department of Clinical Bioethics within the National Institutes of Health.

Dean Litton’s research primarily focuses on moral philosophy and criminal law theory, with a particular focus on the capacities required for agents to be fairly held morally and criminally responsible for their conduct. He also has published multiple papers in bioethics with a focus on ethical issues for health care professionals outside the medical care context. His work appears in peer-reviewed journals across disciplines, as well as in traditional law reviews.

From 2010-12, Dean Litton co-chaired the Missouri Death Penalty Assessment Team, assembled by the American Bar Association to study and make recommendations regarding the laws and practices of Missouri’s capital system. The team included retired and active judges, former prosecutors and defense counsel, and academics with diverse views about the capital punishment. Its report, published in March 2012, can be found here.

Dean Litton has twice received the School of Law’s Shook Hardy & Bacon Award for Excellence in Research, and has been recognized for teaching. He has received the Gold Chalk Award from the University’s Graduate Professional Council and the Husch Blackwell Distinguished Faculty Award for Teaching. Professor Litton teaches Criminal Law, Criminal Procedure, Death Penalty Law, Jurisprudence, and Bioethics & Law.

From 2015 to 2022, Dean Litton served as Associate Dean for Research and Faculty Development at the School of Law. He also was Director of the Office of Academic Integrity within the Office of the Provost from 2017 to 2022. He began his term as Interim Dean in July 2022.