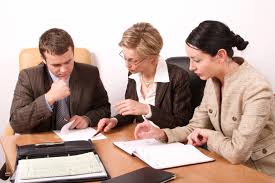 In The Generalizability of Gender Bias: Testing the Effects of Contextual, Explicit, and Implicit Sexism on Labor Arbitration Decisions, Girvan, et. al, begin by noting that while prior studies about how arbitrators’ attitudes influence their decisions have determined that arbitrators’ decisions are influenced by their values and political ideology, none has explored the link between arbitrators’ explicit and implicit gender attitudes to their decisions.

In this two-part study the authors examined the potential for three major social-psychological theories of gender bias to predict the outcome of labor arbitration decisions. The three theories tested were role-congruity theory, ambivalent sexism, and implicit bias.  One fairly unique aspect of the study is that it provides both laboratory and real-life testing of the theory.  In the first study undergraduate students and professional arbitrators were asked to decide two hypothetical arbitration cases.  In the second study the authors examined published decisions of some of the arbitrators who participated in the first study in order to determine whether the the arbitrator’s gender-related attitudes are associated with their decisions.

The study found that the overall decisions of student participants, who had not participated in any training, were biased against female grievants in stereotypically masculine settings.  In contrast, analysis of professional arbitrators’ decisions did not reveal evidence of gender bias from role incongruity. However, a correlation between arbitrators’ gender attitudes and their decisions in real arbitration cases was observed.  In particular, the authors found that “arbitrators high in benevolent sexism were more likely to overturn the termination when the grievant was a woman, but not when the grievant was a man.” (p. 9)

The authors also found a similar “paternalistic pattern of influence of implicit attitudes in real case decisions”.  (p. 10)  According to the authors, “Arbitrators with positive implicit attitudes toward women were more likely to find in favor of a female grievant.” (p. 10)

The issue of implicit bias has become a topic of discussion in a variety of settings in recent years.  Whether in the context of criminal justice administration, workplace practices, or race relations in college campuses, commentators and researchers have begun to pay close attention to the role that implicit bias might play in many daily activities.

One of the most depressing aspects of reading the research on implicit bias is the realization that to some extent or another we all have biases and that we are all likely to act on them.

The article provides both cause for vigilance and signs of hope.  Regarding the latter, the article provides evidence that training and accountability can play a role in diminishing the role that implicit biases play in decision making.  When compared to students, professional arbitrators showed little evidence of negative implicit sexist biases.   Regarding the former, the article serves as a cautionary note that the role that biases play in decision making is a complicated topic and that we need to continue to be vigilant of the different ways in which biases affect our behavior.