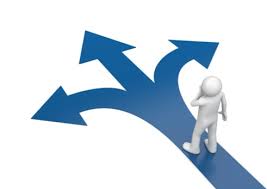 NLRB Makes it Easier to Defer to Arbitration Awards

The National Labor Relations Board (NLRB) has a policy of deferring to arbitrators’ awards that deal with factual scenarios that may also constitute unfair labor practices (ULPs).  If the Board “defers” it will not rule on the ULP charge, allowing the arbitration award or settlement to provide the appropriate relief.  The Board has changed its deferral standards from time to time and it did so again in a decision issued at the end of December, 2019, United Parcel Service, Inc., 369 NLRB 1 (2019) (UPS).  This change did not come as a big surprise since NLRB General Counsel Peter Robb urged the Board in December 2018 to adopt new deferral standards. https://law.missouri.edu/arbitrationinfo/2019/01/11/nlrb-general-counsel-signals-change-policy-nlrb-deferral-arbitration-process/

In the UPS decision, the Board reverted back to the pre-arbitral (before arbitration awards are issued) deferral standards it had followed prior to its 2014 decision in Babcock & Wilcox Construction Co., 361 NLRB 1127 (2014).  It also brought back the so-called Spielberg/Olin standards for post-arbitral (after an award is issued) deferrals in certain types of cases, which the Babcock decision had rejected.

With respect to post-arbitral deferral standards, under UPS, the Board reverted back to the pre-Babcock presumption in favor of post-arbitral deferral by placing the burden of proof on the party who seeks “to have the Board reject deferral and consider the merits of a given case.”  369 NLRB at 3, 4, n. 11.  In addition, the Board adhered to the Spielberg/Olin regime, which means the Board will now defer to an arbitration award under the following conditions:

(1) all parties have agreed to be bound by the arbitrator’s decision,

(2) the proceedings appear to have been fair and regular,

(3) the contractual issue is factually parallel to the unfair labor practice issue,

(4) the arbitrator was presented generally with the facts relevant to resolving the unfair labor practice, and

(5) the arbitral decision is not clearly repugnant to the Act [NLRA].

(1) the arbitrator was explicitly authorized to decide the unfair labor practice issue;

(2) the arbitrator was presented with and considered the statutory issue, or was prevented from doing so by the party opposing deferral; and

(3) Board law reasonably permits the award.

Note that UPS eliminated the requirement for explicit authorization for the arbitrator to decide the “statutory issue” of whether there was a violation of § 8(a)(1) or (3) of the NLRA.  UPS also allows deferral if the arbitrator was “presented generally” with the facts relevant to the ULP issue rather than the Babcock requirement that the arbitrator specifically considered the statutory issue. In addition, deferral is appropriate under UPS unless the arbitrator’s decision is “clearly repugnant” to the NLRA, whereas under Babcock, deferral would not have been  appropriate unless “Board law reasonably [permitted] the award.”

In UPS, the Board also rejected the Babcock pre-arbitral deferral requirements for ULPs concerning discharge or discipline in violation of the National Labor Relations Act (NLRA) prohibitions against employers interfering with, restraining or coercing employees in exercising their rights under the NLRA (§ 8(a)(1)) or discriminating against employees who seek to use their NLRA rights (§ 8(a)(3)).  Babcock provided that the Board would not defer prior to the conclusion of an arbitration proceeding unless the parties “explicitly authorized [an arbitrator] to decide the unfair labor practice issue,” and also prohibited the Board from deferring to grievance settlement agreements unless they met the Babcock standards for post-arbitral deferral.  UPS, 369 NLRB at 5.  In overruling Babcock in UPS, the NLRB eliminated the Babcock pre-arbitral requirements and reverted to standards announced in Collyer Insulated Wire, 192 NLRB 837 (1971), which were extended in United Technologies, 268 NLRB 557 (1984). UPS, 368 NLRB at 10, n. 31.  The Collyer/United Technologies requirements allow pre-arbitral deferral if: (1) the dispute arose within a healthy collective bargaining relationship, with no allegation of anti-union animus; (2) the parties had agreed to an arbitration clause that covered the dispute at issue; and (3) contract interpretation was the focus of the dispute.  United Technologies at 268 NLRB 268 NLRB at 558.  In UPS, the Board also announced it would extend the Spielberg/Olin deferral principles to grievance arbitration settlements, reverting to its 1985 holding in Alpha Beta, 273 NLRB 1546 (1985).  UPS, 369 NLRB at 10, n. 31.

The upshot is that the Board is now more likely to defer to arbitration proceedings, grievance/arbitration settlements and arbitration awards.  The burden of proof is now on the party who opposes deferral and the Board will defer its action under less exacting requirements than those that had been imposed in the Babcock case.