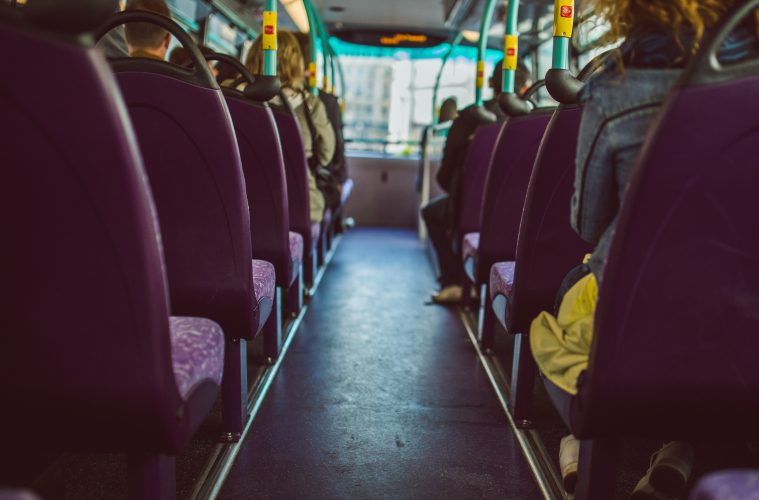 The New Jersey Supreme Court and a federal District Court judge in New Jersey answered two of the many questions the Supreme Court left open when it ruled in the 2000 Circuit City case that employment contracts of an undefined group of “transportation workers” are exempt from the Federal Arbitration Act (FAA). Circuit City Stores, Inc. v. Adams, 532 U.S. 105, 119 (2001).  One unanswered question was: Does a transportation worker have to cross state lines as part of the job in order to be “engaged in . . . interstate commerce” and therefore be exempt from the FAA?  A federal District Court judge’s answer was “no.”  Easterday v. US Pack Logistics, 2020 WL 7137859 (D. N.J. 12/4/20) (not released for publication). The New Jersey Supreme Court answered the other question: If a contract is exempt from enforcement under the FAA, does state arbitration law apply?  In New Jersey, at least, the answer is “yes.”  Arafa v. Health Express Corp., 243 N.J. 147, 153, 167-168 (7/14/20).

The FAA, along with all of the U.S. Supreme Court’s case law interpreting it, applies to all arbitration agreements in “maritime transactions” or in contracts “involving commerce.” 9 U.S.C. § 2 (2020).[1]  However, the FAA exempts certain types of contracts from its reach by providing: “nothing herein contained shall apply to contracts of employment of seamen, railroad employees, or any other class of workers engaged in foreign or interstate commerce.”  9 U.S.C. § 1 (emphasis added).  In the 2001 Circuit City case, the 5-4 U.S. Supreme Court majority held that “any other class of workers” included only what it labeled as “transportation workers,” who are “engaged in foreign or interstate commerce.”  532 U.S. at 115-119.  The Court did not provide any further definition of the term “transportation workers” nor did it provide any guidance on what would constitute being “engaged in foreign or interstate commerce.”

After Circuit City, the number of employers requiring job applicants and employees to agree to arbitrate statutory disputes and waive their rights to bring class actions increased greatly.  Plaintiff workers showed a parallel increase in interest in qualifying for the FAA § 1 exemption so that they could sue their employers in court.  In 2011, the U.S. Supreme Court provided a further incentive to claim the exemption.  In AT&T Mobility v. Concepcion. 563 U.S. 333 (2011),  the Court held that a consumer’s agreement to arbitrate all claims against AT&T and to waive his or her rights to bring a class or collective action was enforceable under the FAA, even though the consumer had no choice about signing the agreement in order to obtain cellular phone service.  Furthermore, the Court held, the FAA preempted any state law that provided otherwise. 563 U.S. at 351-52.  However, FAA-exempt workers do not have to worry about FAA enforcement of a class action waiver or FAA preemption of state laws that outlaw such waivers.

Recently, the federal District Court in New Jersey had to deal with a delivery driver’s claim to be exempt from the FAA.  Easterday v. US Pack Logistics, 2020 WL 7137859 (D. N.J. 12/4/20) (not released for publication).  Michael Easterday, a delivery driver who provided courier services to transport pharmacy-related goods, had signed an agreement with US Pack Logistics that required the arbitration of all disputes with US Pack.  It also contained a waiver of any rights to bring a class or collective action. When Mr. Easterday tried to sue US Pack for improper wage deductions and overtime violations in a class action in federal district court, US Pack moved to compel arbitration of the dispute under the FAA.  The company also sought to bar Mr. Easterday from bringing any type of class or collective action.  Mr. Easterday countered that he was a “transportation worker” who was FAA-exempt, rendering the arbitration agreement and class action waiver unenforceable.  Judge Robert Kugler sided with Mr. Easterday and held that the FAA was not applicable to the case.

[W]orkers ‘”engaged in interstate commerce” did not refer only to those workers who themselves carried goods across state lines, but also included at least two other categories of people: (1) those who transported goods or passengers that were moving interstate,” and (2) those who were not involved in transport themselves but were in positions “so closely related” to interstate transportation “as to practically be a part of it.”

In the Easterday case, Judge Kugler noted that the Magistrate Judge had made a similar finding by holding: “ ‘If an employer’s business is centered around the interstate transport of goods and the employee’s job is to transport those goods to their final destination—even if it is the last leg of the journey—that employee falls within the transportation worker exemption.’ ”  Easterday, quoting Magistrate Judge’s decision.  US Pack’s employees deliver medicines and other pharmaceutical supplies to hospitals and other medical facilities in several states.  Even if a particular driver does not cross state lines, he or she, including Mr. Easterday, was “part of continuous interstate transportation,” and therefore was “engaged in  . . . interstate commerce.”  Id.

Because Mr. Easterday was FAA-exempt, US Pack could not use the FAA to enforce the arbitration agreement.  That was not the end of the story, however.  One of the many questions the Supreme Court’s Circuit City and Concepción decisions left unanswered is whether state arbitration law applies to exempted arbitration agreements or whether the FAA’s preemptive power would also essentially insert the “transportation worker” exemption into state law.  In July, 2020, the New Jersey Supreme Court provided the answer for its state. In Arafa v. Health Express Corporation, 243 N.J. 147 (7/14/20), the Court held that even if the workers who signed arbitration agreements and class action waivers were FAA-exempt “transportation workers,” the New Jersey Arbitration Act (NJAA) automatically applied to them. The New Jersey law does not have a parallel “transportation worker” exemption.  Id. at 167-168. The New Jersey court also held that the FAA did not preempt the NJAA from taking effect because the U.S. Supreme Court had held the FAA did not “occupy the entire field of arbitration.”  Id. at 168-169.  Rather, the FAA preempts only those state laws that discriminate against arbitration.  Since applying the NJAA to the contract at issue in Arafa did not treat arbitration in a discriminatory manner, the FAA’s preemptive power did not apply. Id.

Since the Arafa holding had made it clear that the NJAA would apply to Mr. Easterday’s agreements, Judge Kugler remanded the case back to the Magistrate Judge so that she could address the plaintiff’s arguments that the arbitration agreement and class action waiver were not enforceable under the NJAA and state contract law.  Those arguments included: 1) the agreement did not cover Mr. Easterday’s claims; 2) US Pack was not a signatory to the agreement; and 3) the agreement was unenforceable.  Mr. Easterday may have a good chance of invalidating at least the class action waiver.  In 2006, the New Jersey Supreme Court had held that a class action waiver in a payday lender contract that also required arbitration of statutory claims was unconscionable and therefore unenforceable.  Muhammad v. County Bank of Rehoboth Beach, Delaware, 189 N.J. 1, 22 (2006).  Although the Third Circuit Court of Appeals later held that the FAA preempted the Muhammad holding, Litman v. Cellco Partnership, 655 F.3d 225, 230 (3rd Cir. 2011), with the FAA out of the picture in Mr. Easterday’s case, the Muhammad unconscionability analysis applies.  The Magistrate Judge will have to decide if Mr. Easterday’s agreement is unconscionable under the four-factor test the Muhammad court used.

[1] Section 2 of the FAA states: “A written provision in any maritime transaction or a contract evidencing a transaction involving commerce to settle by arbitration a controversy thereafter arising out of such contract or transaction, or the refusal to perform the whole or any part thereof, or an agreement in writing to submit to arbitration an existing controversy arising out of such a contract, transaction, or refusal, shall be valid, irrevocable, and enforceable, save upon such grounds as exist at law or in equity for the revocation of any contract.”  9 U.S.C. § 2.