Mizzou football wasn’t the only team working overtime this weekend.

This year, Mizzou’s law school rings in its 150th anniversary. To celebrate, members of a planning committee organized a watch party for the Saturday morning Mizzou-Auburn game.

“The 150th only comes around once,” said Bob Langdon, ‘72. “We had a lot of people involved. It’s just a chance for the law students to come back, meet everybody, and see what’s going on- there’s a lot of great things going on in the law school.” 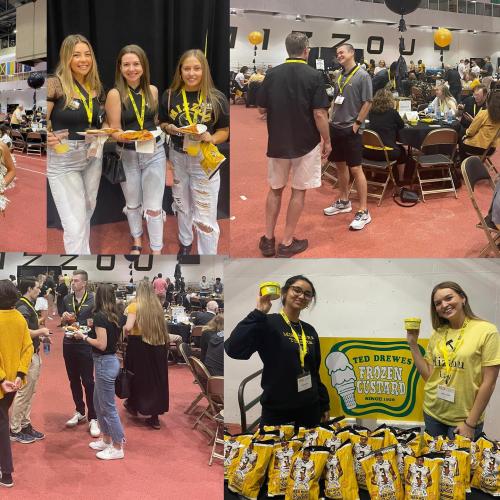 The event had 21 community sponsors. The event was held in the Hearnes Center auditorium, which was decorated with balloons, a custom light-up sign, and four screens to watch the game.

Craig Smith ‘87 was one of the attendees. He said that he RSVPed for “…my son, he’s a 2L here, and it’s my 35th anniversary since I graduated, so it just seemed like the right thing to do. It’s a beautiful day and a great crowd.”

Hailey Proctor, a visiting fellow at the Law School and the Kinder Institute, said she came to “meet more of the community and the students who go here.”

“It’s a good networking event, I’m getting to meet some Mizzou alumni,” said Jordan Rolling, a second-year law student. “There are judges, lawyers… I haven’t really figured out my second-year internship, so it’s always good to make connections and meet people.” 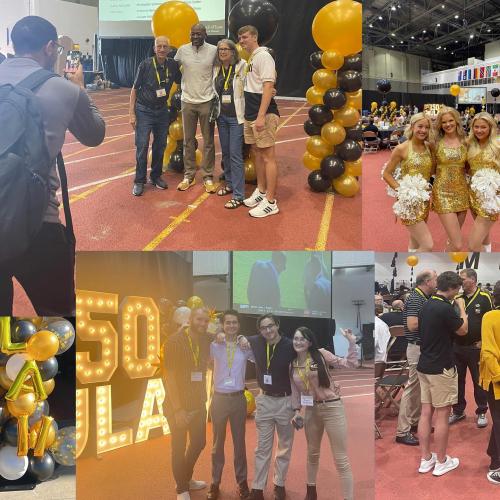 “Celebrating 150 years is a big deal. I’m going to California after this, but there’s a lot of really cool and very kind people that I got a chance to meet,” said Brandon Bethel, a third-year law student.

The event was preceded by a cocktail party the night before, held at the Reynolds Alumni Center.

Attendees may not have gotten a Mizzou win, but the chance to mingle and celebrate 150 years of Mizzou law is worth more than any championship.