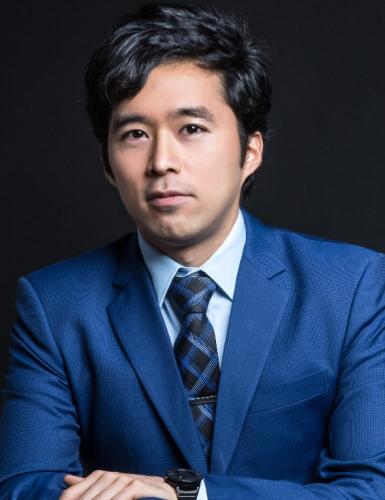 “I studied more coding and computer science than law. It’s a wonder I never failed my law courses,” Kim recalled of his time at Yale University, where he got his law degree.

“The law seemed to be either outdated or just fundamentally incompatible with a lot of technological developments,” Kim said. “This was my impression going in, and that held up.”

After finishing his studies, Kim entered private practice at King & Spalding LLP in Washington, D.C. before taking a clerkship under Judge Mark J. Bennett of the U.S. Court of Appeals for the Ninth Circuit in sunny Honolulu.

After initially applying for a fellowship with the MU Kinder Institute for Constitutional Democracy, Kim was offered a position as a visiting assistant professor at Mizzou Law.

Kim credits the MU Department of Economics as one of the main motivations for deciding to return to Mizzou as a professor.

Kim’s role at the law school has allowed him to continue his research while also working with dedicated, passionate students in his Internet Law class, an area he has spent most of his time studying and researching.

Kim has enjoyed being able to explore and discuss the intersections of technology and the law both in his research and, as he has discovered, in the classroom as well.

“There were a lot of fellowship programs that have no teaching obligation,” Kim said. “I have to say, that was tempting because teaching takes up a lot of time. But I concluded that it would be a helpful experience for me, and it’s been a good experience so far. The students seem engaged.”

Despite moving from Hawaii, Kim has settled back into mid-Missouri with ease. He says he is four seasons man, and the weather in Columbia most closely resembles that of the weather back home in Korea.

In between classes, Kim is publishing research and working towards a tenure track position. His most recent article examines the effect of a law intended to prevent Apple from imposing unnecessary fees on app developers.

A lot of times, these laws are fixable,” said Kim. “If we just diagnose the problem correctly.”